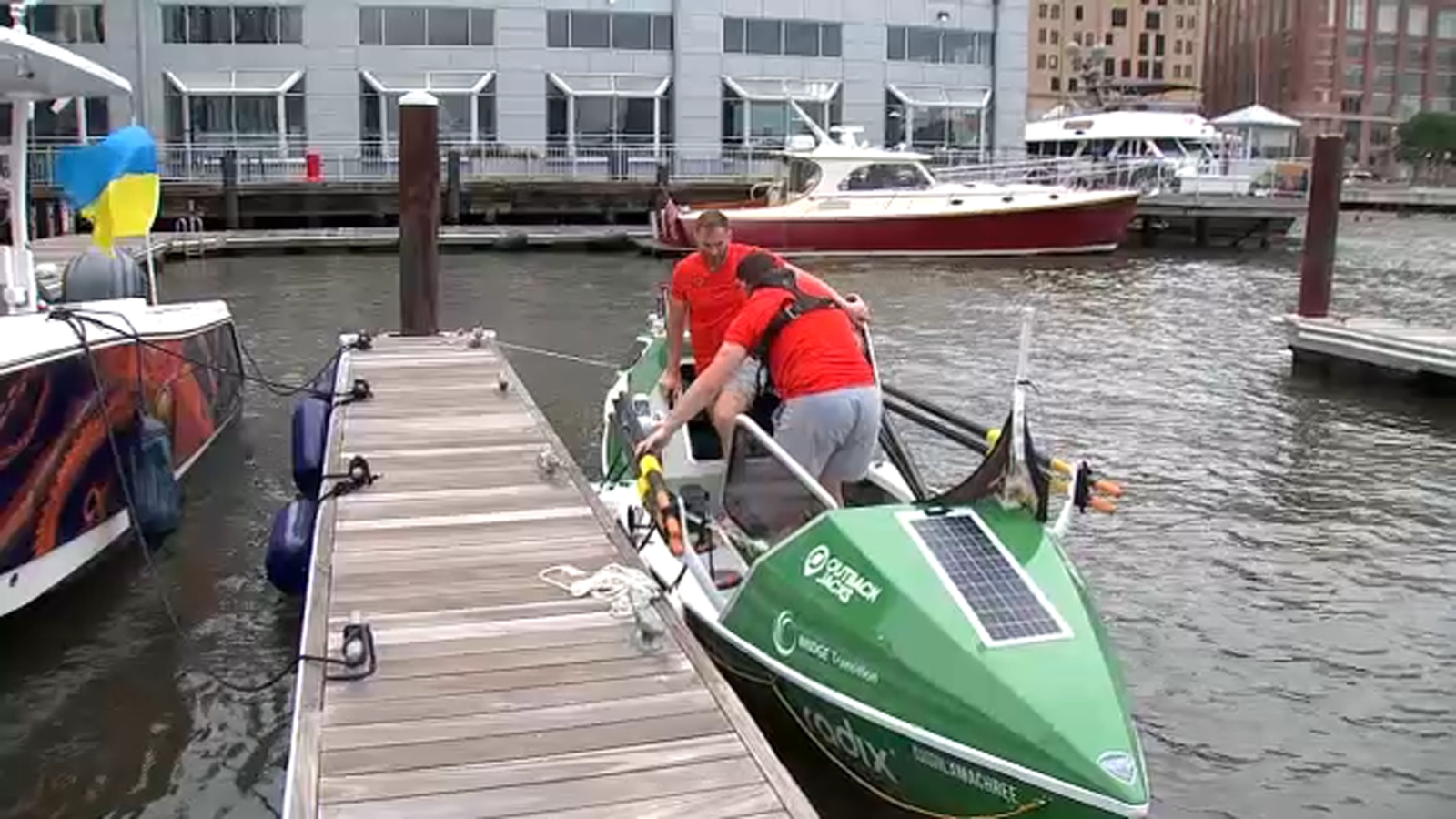 By: Lily C. Hindman
In: Atlantic ocean
NEW YORK CITY – Can you imagine rowing across the Atlantic Ocean from New York to Ireland? Two men are set to do so from Friday.

It’s a journey that will last nearly two months and span more than 3,000 miles in the ocean…in a rowing boat.

Inside the boat will be two tall men who swear to conquer the Atlantic Ocean.

“I think I’m the most normal person I know,” Damian Brown said.

Brown played professional rugby for 15 years, but now he’s an extreme adventurer. He prepares with his friend, Fergus Farrell, to row across the ocean from the Hudson River to their hometown of Galway, Ireland.

“We’re aiming for the world record which is 55 days 13 hours,” Farrell said.

In other words, a little less than eight weeks on the high seas, in a 19 and a half foot boat.

They will take turns, two hours rowing, two hours napping in a tiny cabin, all while forcing 10,000 calories a day into freeze-dried food, stored among all sorts of equipment to keep them safe.

“The biggest risk in ocean rowing is separation from the boat, because if I fall, if Gussie falls and we’re not tied to the boat, that’s it, that’s it,” Brown said. “There’s no ‘I’ll row back and get it’, it just won’t happen.”

The little boat was hand-built in England and it’s loaded with technology, like solar panels to help power the various equipment on the boat.

One of them is a desalination machine, which turns seawater into drinking water. In fact, everything is purpose-built to keep Brown and Farrell alive.

“You only have one life, you realize you might as well enjoy it and do what you can,” xx said.

But for Farrell, this is actually his second chance.

Less than four years ago, a spinal cord injury left him paralyzed. The doctors said he would never walk again, but he proved them wrong.

“For me, it’s about showing my kids that no matter what happens to you in life, that if you pick yourself up if you don’t give up, nothing can stop you from doing what you want to do,” Farrell said.

Farrell and Brown have been training for this trip for two years.

They are two friends who have already thwarted the odds, but who still have so much to prove.

Farrell and Brown will have a satellite uplink and plan to document their journey in real time. You can follow their journey through their website, called Project Empower.