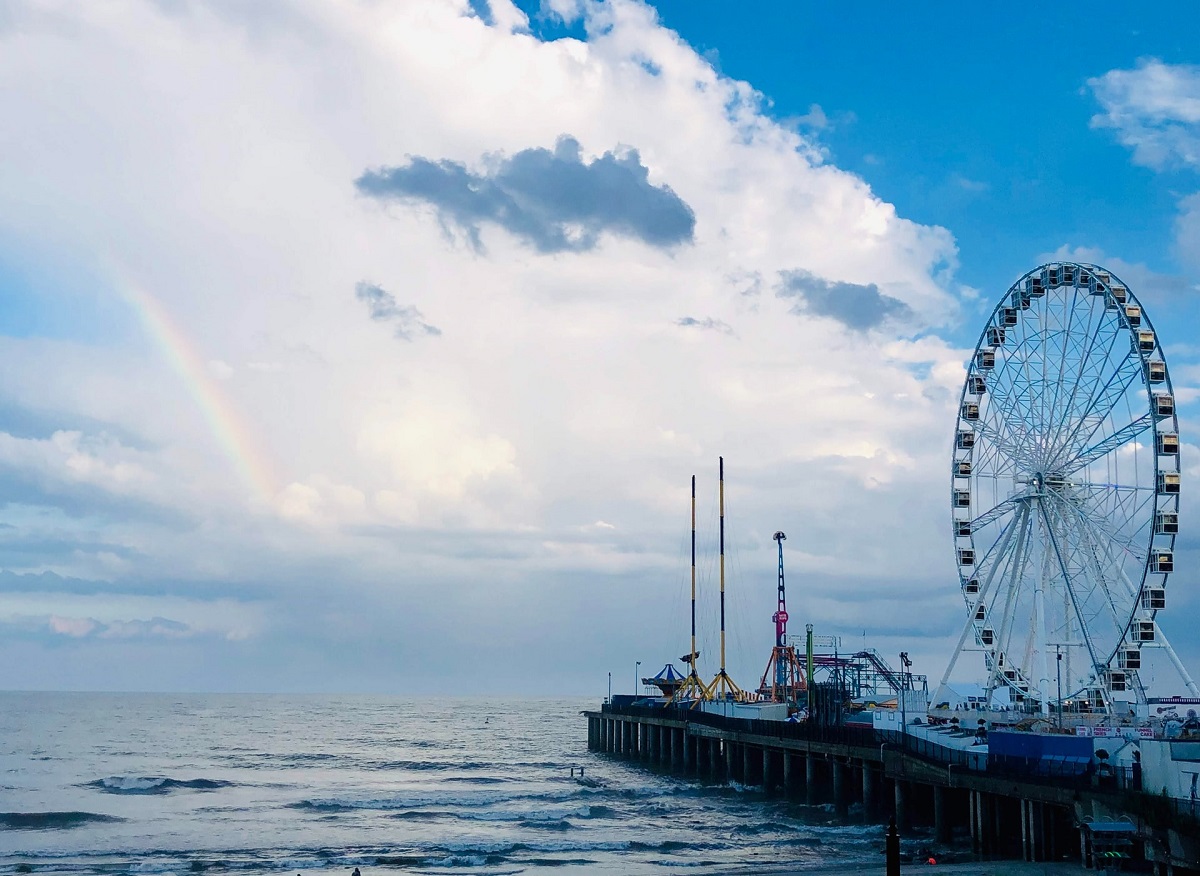 5 best things to do in Atlantic City this fall

Most people think of Atlantic City as a summer destination; Not only summer visitors can experience world-class casinos, but also the beautiful beaches of Atlantic City. But rest assured, Atlantic City is a year round destination. As the weather begins to cool, let’s explore the pleasures that the seaside city has to offer.

The majesty of the sea

While most visitors think of sunbathing on Atlantic City‘s white sands, you can fully appreciate the power and majesty of the Atlantic Ocean in the fall. The cold air, gray skies and crashing waves create the perfect atmosphere for introspection.

At the southern end of Atlantic City you will find Bartram Avenue and the Brigantine Beaches; these two fabulous beaches are known for their immense expanses of sand. Best of all, in the fall they will be almost deserted, leaving you alone with the crashing waves and the seagulls circling around. You’ll get a rare glimpse of the pristine New Jersey coastline, as it was long before Atlantic City was founded.

Once the weather starts to cool down, that doesn’t mean the fun of the game has ended. On the contrary, the warm ambiance of Atlantic City resorts is even more inviting during the colder months. Fall is also a good time to try playing some table games if you’re still stuck with the slots.

Keep in mind that Atlantic City casinos offer more than just table games and slots; you can also indulge in luxurious spa treatments. For example, the Resorts Casino Hotel offers its guests hot and comfortable saunas and steam rooms in the fitness center. What a great way to warm up after a blustery getaway on the beach. After that, treat yourself to a facial and a new hairstyle at the salon.

The casino resorts are an all-in-one destination, so while you’re at it, enjoy a meal at one of the 5-star restaurants and catch a show. If the weather turns bad, you don’t even have to go outside to have fun all week.

There is a whole different and invisible world just beneath the waves. Located on scenic Absecon Bay, the Atlantic City Aquarium showcases not only local marine life, but creatures from around the world as well. If you have kids, they’ll really enjoy the interactive exhibits, such as petting sharks and stingrays. The exhibits include all kinds of aquatic creatures, turtles, piranhas, jellyfish and even marine iguanas. There is even a recreation of a tropical rainforest.

Around the aquarium you will find interesting shops, family-friendly restaurants and boat rides around the bay. It’s a great way to spend a rainy and windy fall day with the kids.

Once you’re done with the Atlantic City Aquarium, make your way to the towering Absecon Lighthouse. Built in 1857, the 171-foot-tall black and white striped lighthouse is one of the tallest in the country. The massive lead glass lens weighs 12,800 pounds. While the light always shines at night, the lighthouse has not been used as a navigation aid since 1933.

However, if you go be forewarned there are 228 steps so you will need some physical form to get to the top. But once you’re up there, you’ll be treated to breathtaking, unparalleled views of the Jersey Shore.

If you can’t get through all of the steps, the Absecon Lighthouse Museum is located in the Keeper’s House. There you can browse fascinating exhibits on the lighthouse’s history, lighthouse keepers, Jersey Shore wrecks, local marine life, and memorabilia. The neighboring Oil House has an exhibit on the 12,800-pound Fresnel Lens lighthouse.

Jutting 900 feet into the Atlantic Ocean, Playground Pier is home to an upscale 4 story shopping, dining and entertainment center. It’s fun to shop at high-end stores including Gucci, Tiffany & Co., Burberry, and Armani. You can also have lunch at one of the half-dozen restaurants.

But, once you’re done shopping the high-end stores, head to the nearby Tanger Outlet Mall to shop for designer clothes and accessories you can afford. You’ll find great discounts at stores like Abercrombie & Fitch, J. Crew, Nike, Michael Kors and Calvin Klein.

These are just five ideas for a fun fall visit to Atlantic City. Once there, you will certainly find even more fun things to do. For better or worse, fall is a great time to experience Atlantic City like one of the locals.