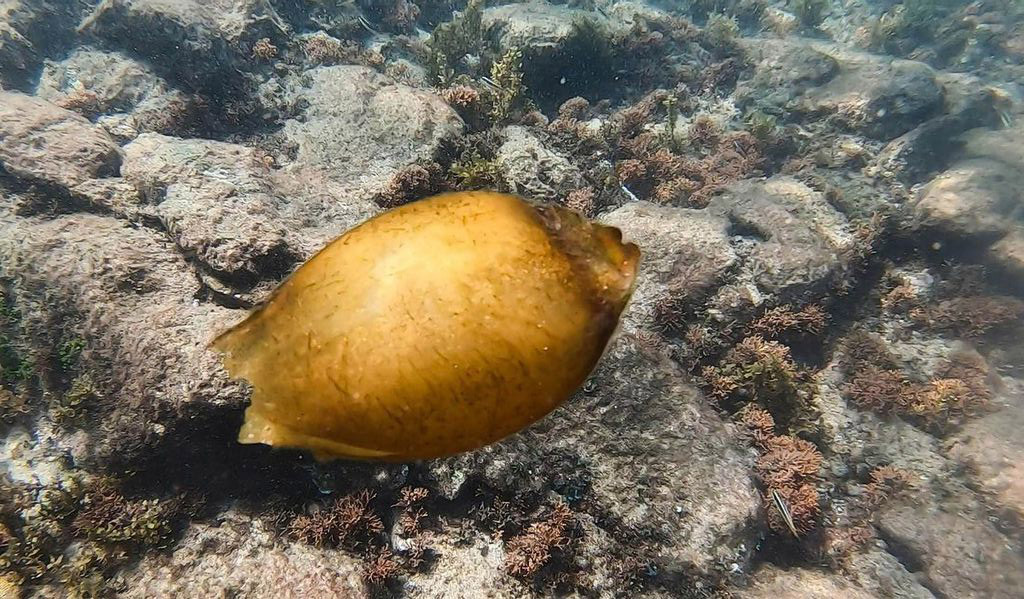 A fisherman has discovered a rare shark egg floating in the Atlantic Ocean off the coast of Brazil, the second such discovery in the past month.

Erivaldo Alves Silva shared a video of his find in the waters off the Fernando de Noronha archipelago, 220 miles off the Brazilian coast.

Silva was diving for octopuses on September 14 when he came across the unusual specimen, which he didn’t immediately recognize. His images show what appears to be an orange-colored pocket floating in the water.

“I have never seen such a thing in my life,” he said. “At first I thought it was weird, but I didn’t think it was that weird. Only after I posted it [online] people said it was a rare find. A shark egg, according to biologists, is very rare.”

Silva says he left his rare find in the sea.

His sighting was the second reported sighting of a shark egg in the waters off Fernando de Noronha in less than a month.

The egg belongs to a nurse shark, fisheries engineer Leo Veras said. The species is listed as vulnerable on the International Union for Conservation of Nature’s Red List of Threatened Species due to threats from human intrusions and disturbance. Recreation and commercial and residential development have threatened shark habitat.

Nurse sharks are about a foot long at birth but can reach over 10 feet in length. According to the Florida Museum of Natural History, they feed primarily on octopus, squid, stingrays, clams and marine crustaceans – not humans.

Unlike some of their faster counterparts, nurse sharks are slow and sedentary. Despite this, nocturnal bottom dwellers rank fourth among documented shark bites on humans, according to the Florida Museum.

The species reproduces every two years, Veras said. Each pregnancy can produce 20 to 30 offspring.

Nurse sharks are one of the few shark species that lay eggs; most give birth to live young as mammals do. Shark eggs hatch while still inside the female, then are expelled into a pouch, colloquially known as a mermaid’s purse, made of collagen protein strands. Beachcombers can find the pockets, often with swirling tendrils at one end.

The waters where the eggs were found are part of the Fernando de Noronha Marine National Park, which is administered by the Chico Mendes Institute for Biodiversity Conservation, the administrative branch of the Brazilian Ministry of the Environment.

This story was provided to Newsweek by Zenger News.