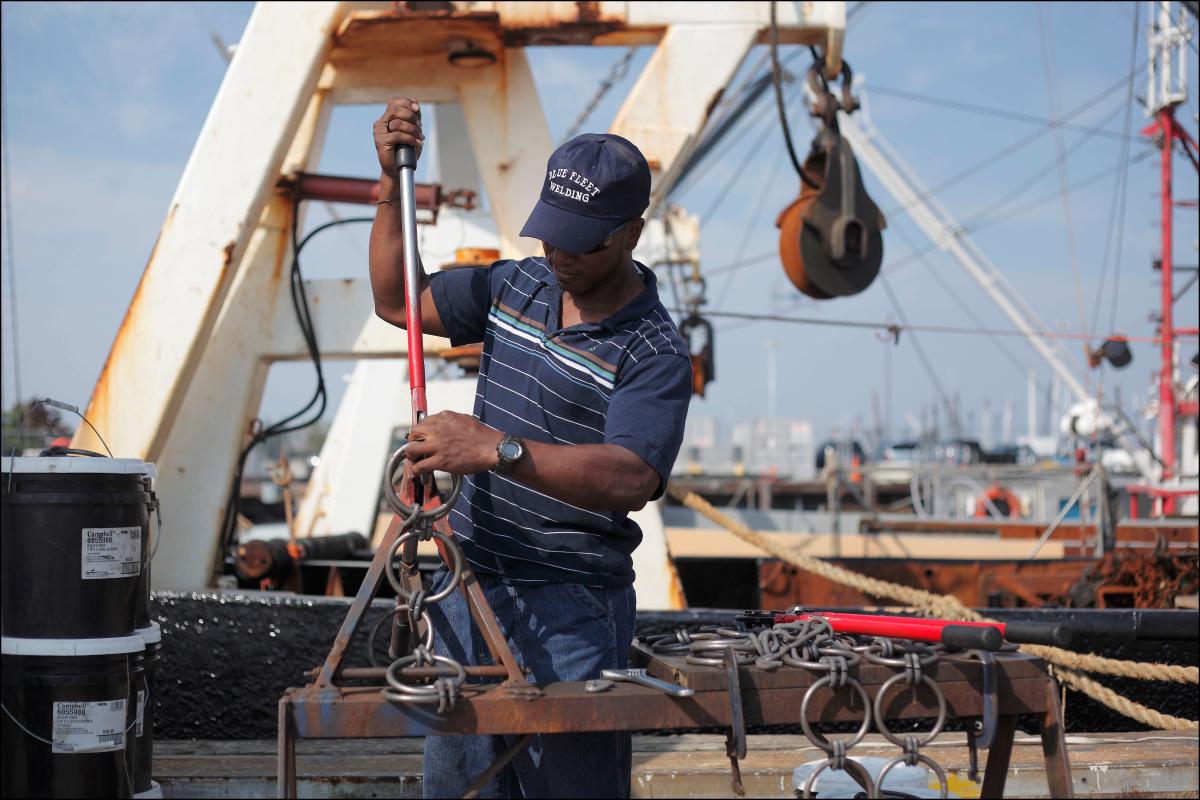 WASHINGTON, DC/ACCESSWIRE/January 12, 2022/ Today, the Bureau of Ocean Energy Management (BOEM) announcement it will host a wind lease auction for 480,000 ocean acres in the New York Bight area of ​​the Atlantic. In public comments submitted at the end of last week, the Fisheries Survival Fund (FSF), which represents the vast majority of full-time Atlantic sea scallop fishers, called on federal regulators to create an “adaptive and proactive mitigation plan” that will allow offshore fishing and wind to thrive.

A worker tends to scallops in New Bedford harbour. The Atlantic scallop industry is the most economically valuable wild federal fishery in the country’s most profitable fishing port. (Credit: New Bedford Port Authority)

“There is no doubt that the proliferation of new turbine arrays will have adverse effects on the scallop fishery and other fisheries,” the FSF wrote. “Wind farms will and will demonstrably change ocean ecosystems. The goal of mitigation should be to strike a balance that ensures mutual prosperity, not just difficult zero-sum coexistence.”

The Atlantic sea scallop fishery is the most valuable federally managed wild fishery in the United States, worth $570 million in off-vessel value and $746 million in total processed value. 2019. FSF comments were sent to the Bureau of Ocean Energy Management. (BOEM) in response to a request for information on offshore wind fishing mitigation.

Through 15 pages of detailed recommendations, the FSF called on BOEM to take a flexible, long-term approach to reducing impacts on scallops, which are extremely sensitive to changes in the ocean environment. This approach should ensure “consistent and meaningful coordination between fishing communities, developers, state agencies, and federal regulators.” The BOEM should also identify high-risk areas to protect and require basic investigations to be carried out immediately.

While the FSF supports a comprehensive compensation plan that addresses direct and indirect losses to scallop harvestersthe top priority should be to avoid and mitigate these losses from the outset.

The FSF wrote that BOEM should “ensure that the fishing community and the technical fisheries community are able to work collaboratively with wind developers”. They urged the BOEM to work with the technical plan development teams of fisheries management councils “who are experts in the conservation and management of the specific fisheries resources under their jurisdiction”. They noted that facilitated workshops “can be useful if they are interactive and not simply listening sessions”, and expressed concern that “developers doing simple desktop exercises to just tick a NEPA box are neither sufficient to mitigate impacts globally nor to compensate fisheries fully and accurately. .”

The comments also detail the scallop industry’s proactive approach to research and management that has taken the scallop from a low point in the 1990s to one of the nation’s most lucrative fisheries today. . The FSF has called on offshore wind developers to support scallop research through research grants and access and logistical support to marine scientists.

“Just as scallop fishermen have made sacrifices to mitigate their negative effects on the fishery years ago, the strategy proposed here by the FSF may require sacrifices on the part of the [offshore wind] developers who want to operate and who will change ecosystems, in the ocean commons,” the FSF wrote.

About the FSF
The Fisheries Survival Fund (FSF) was created in 1998 to ensure the long-term sustainability of the Atlantic sea scallop fishery. FSF participants include the vast majority of full-time Atlantic scallop fishers from Maine to North Carolina. The FSF works with academic institutions and independent scientific experts to foster cooperative research and help sustain this completely rebuilt fishery. The FSF also works with the federal government to ensure the fishery is managed responsibly.