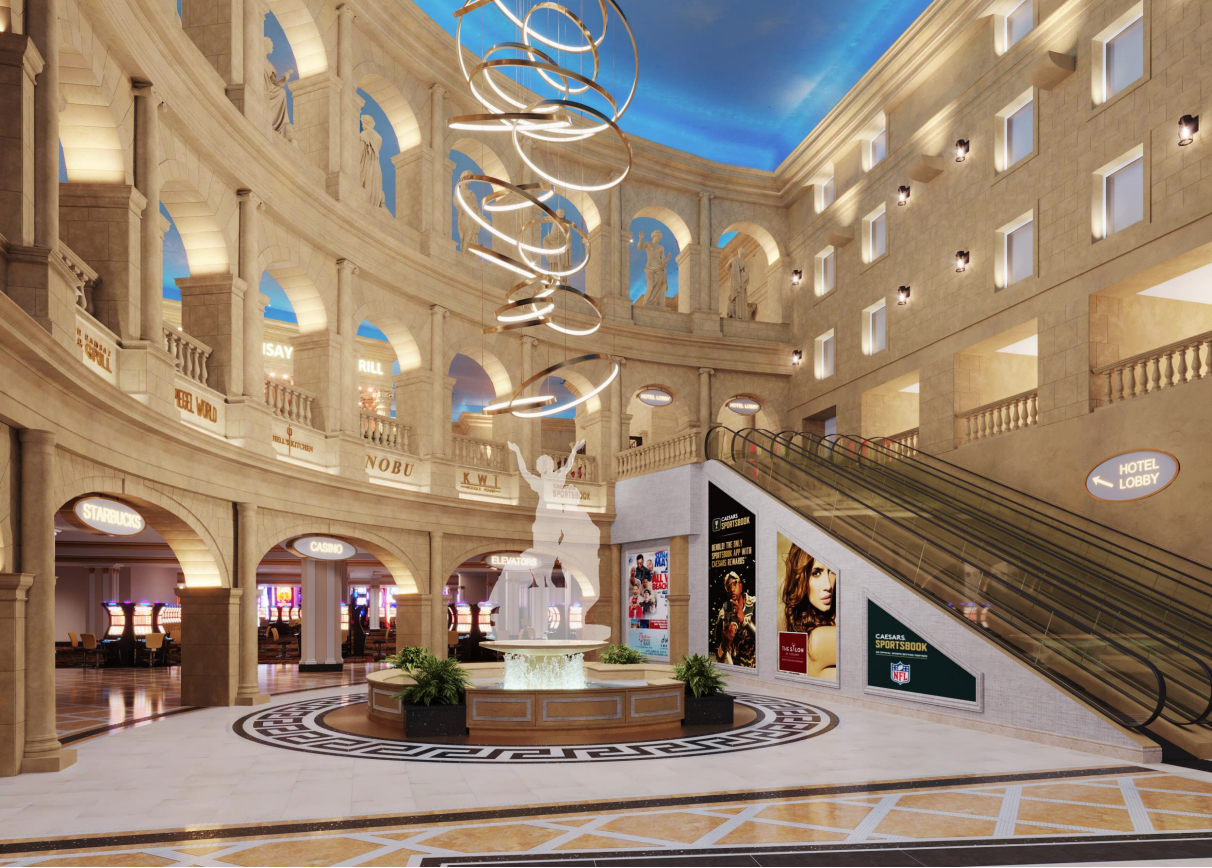 The upgrades also include Nobu Atlantic City, a restaurant and hotel experience within the Caesars Atlantic City hotel; Gordon Ramsay Hell’s Kitchen, the first restaurant of its kind on the East Coast; and 750 newly renovated rooms and suites in the Centurion and Ocean towers of Caesars.

The Caesars Atlantic City transformation is part of Caesars Entertainment’s $400 million investment in the Atlantic City market by 2023.

“Caesars Atlantic City has set the standard for extraordinary experiences in the marketplace, and we’re excited to continue that legacy by reimagining ownership from the moment guests walk through the doors,” said John Koster, Regional President, East Division. from Caesars Entertainment. “This major investment demonstrates our continued commitment to improving the guest experience at our resorts as well as advancing Atlantic City’s tourism economy.”