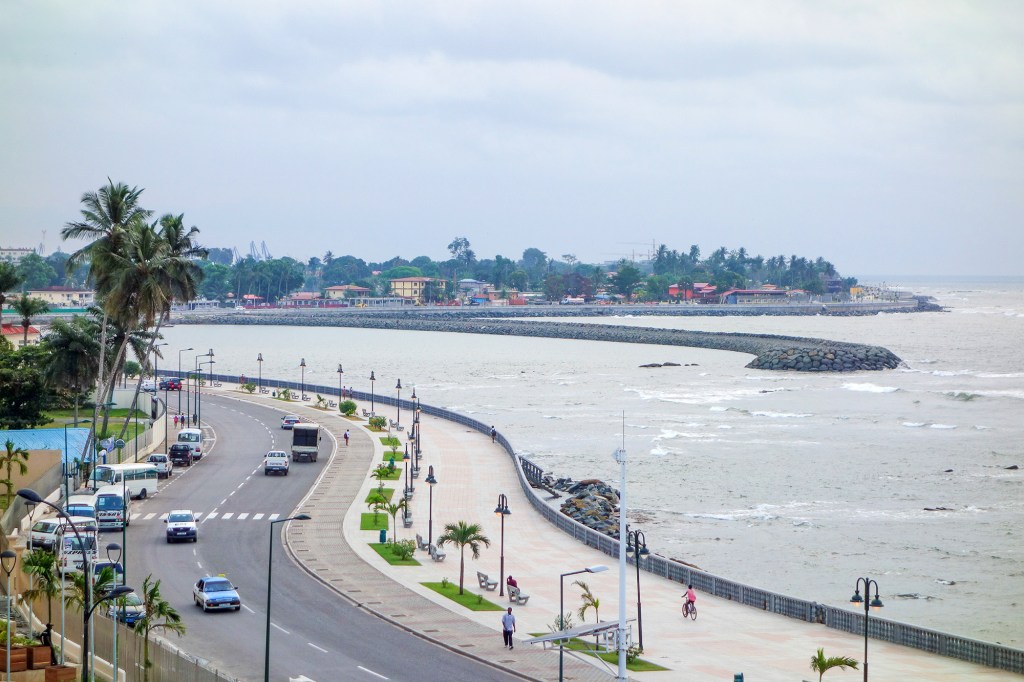 China may be considering first military base in Atlantic Ocean (report)

China may consider setting up its first military base off Africa’s Atlantic coast, according to classified reports by US intelligence services.

U.S. officials told the Wall Street Journal that intelligence suggests China is considering the small African nation of Equatorial Guinea for its base.

Such a nightmare scenario for the United States was suggested in April by General Stephen Townsend, chief of the United States Africa Command, who warned during a Senate hearing that the “most important threat” to the United States. China would be “a militarily useful naval installation on the Atlantic coast.” of Africa.

â€œBy militarily useful I mean something more than a place where they can stop over and buy gas and groceries,â€ Townsend said at the time. “I’m talking about a port where they can rearm with ammunition and repair warships.”

Officials cited by the Journal declined to discuss details of intelligence regarding China’s plans, but said the White House and the Pentagon had already pushed Equatorial Guinea to reject any potential proposal.

â€œAs part of our diplomacy aimed at resolving maritime security issues, we have made it clear to Equatorial Guinea that certain potential measures involving [Chinese] activity there would raise national security concerns, â€a senior Biden administration official told the outlet.

According to a White House press release at the time, the couple discussed – among other things – “maritime security in the Gulf of Guinea”.

At the Pentagon on Monday, spokesman John Kirby declined to elaborate on specific “national security concerns,” but said the Chinese “in Africa continue to try to force the behavior of many African countries and d ‘trying to intimidate, to use economic leverage, to seek their own national security goals there, which ultimately do not – we believe – improve security and stability there and in the interests of many of those African nations.

China has invested heavily in infrastructure projects in developing countries in recent years and African countries are no exception. In Equatorial Guinea, Beijing has funded the construction of a commercial port in the city of Bata – one of some 100 built by Chinese state-owned companies over the past two decades, according to government figures cited by the Journal.

In 2017, China opened its first overseas military base in the East African nation of Djibouti, which overlooks the strait separating the Red Sea from the Gulf of Aden, a key bottleneck for the country. maritime traffic to and from the Suez Canal.

The Chinese state-funded largesse has also spilled over into the Western Hemisphere.

Last month, the Sunday Times in London reported on Beijing’s substantial investment in the Caribbean island of Barbados, a former British colony that has turned to China for upgrades to roads, housing and transportation. sewage system in the capital Bridgetown – as well as electric buses, 30,000 doses of COVID-19 vaccine and a coastal patrol boat to defend the territorial waters of the island.

The projects are financed by low-interest loans, which led one Barbadian to say at the point of sale: “Forget about” little England ” [the islandâ€™s longstanding nickname] – we will soon be ‘little China’, we will all eat noodles.

“I am afraid we are falling into a debt trap,” the man added. “We will keep coming back for more and more loans like bees in the honey pot, but when we can’t pay, the Chinese will eventually take control.” ”

And the Biden administration on Monday announced a diplomatic boycott of the February Winter Olympics in Beijing over â€œgrossâ€ human rights violations committed by China.

The Chinese government has threatened “firm countermeasures” if the boycott goes ahead.