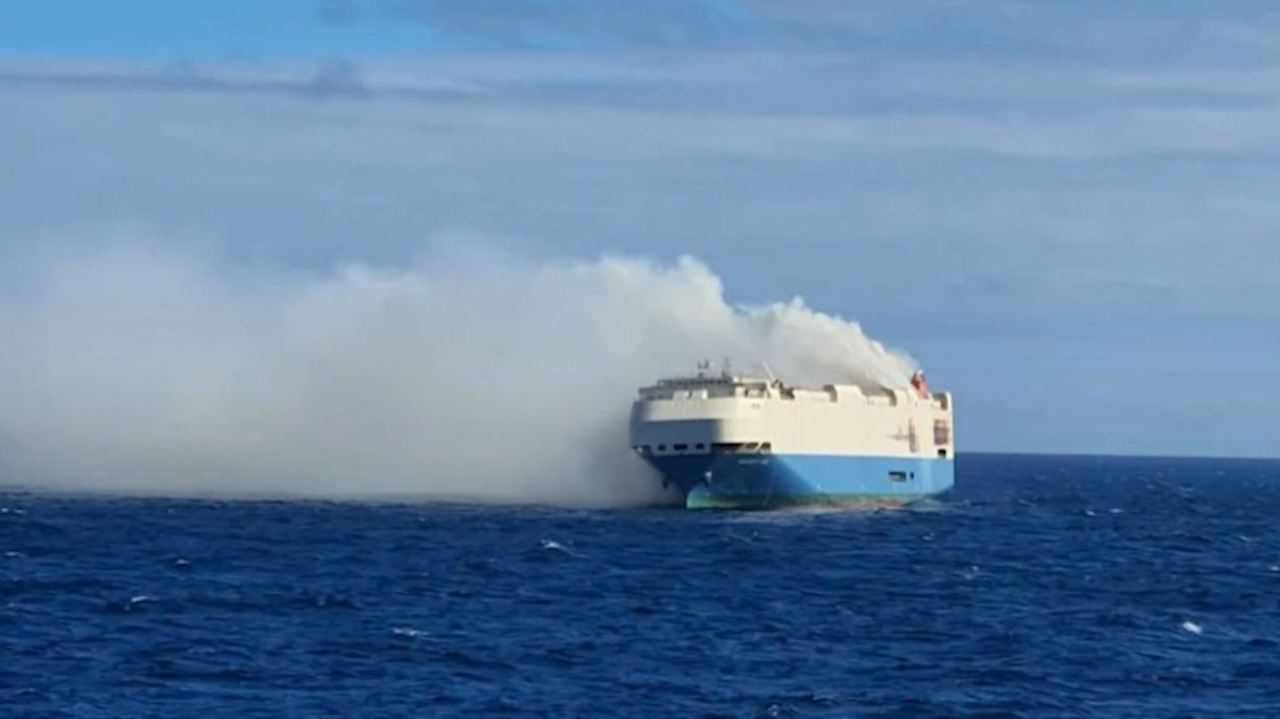 The ship’s last known position was 220 nautical miles from the Azores. Its manager, MOL Ship Management, said lifeboats are still in the area monitoring the situation.

Last week, MOL said salvage crews had started towing the vessel to a “safe area off the Azores”, adding that it was stable and there was no oil leak.

When the Felicity Ace caught fire, there were approximately four to five thousand vehicles on board. About 1,500 of those vehicles were bound for the port of Davisville in Quonset. David Preston, a spokesman for Quonset Development Corp., told 12 News the delivery included Volkswagens, Audis, Porches and Bentleys.

A burning freighter heading for RI could impact the auto industry

Lithium-ion batteries inside some of the vehicles on board made the operation more difficult for firefighters, Portuguese officials said.

Also, the crews could not use water to put out the fire as it could have made the ship unstable.

The Portuguese Navy safely rescued the 22 crew members who were on board. No injuries were reported.

This is a developing story. Check back for updates.