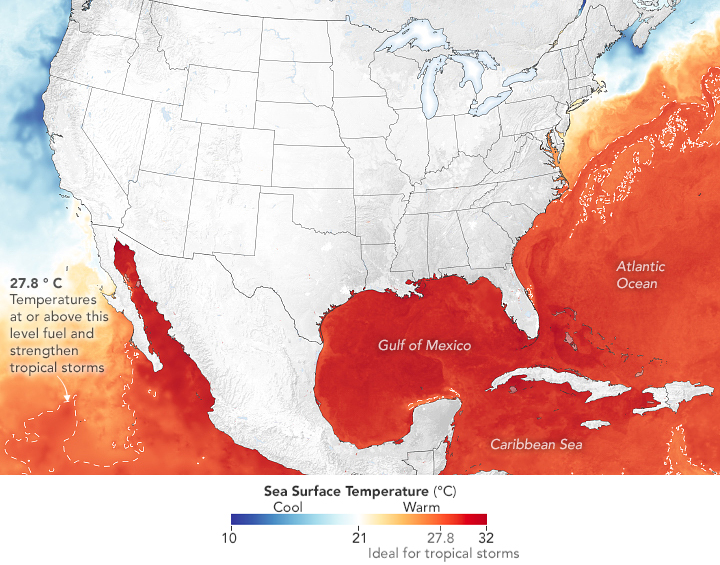 GREENVILLE, North Carolina (WNCT) – Hurricanes are one of nature’s wonders. They form over warm ocean waters in summer simply because the sea surface temperatures are warm.

We are in the middle of hurricane season and the oceans are ready to fuel the development of storms. While temperatures are only one factor influencing hurricanes, they are a good predictor of the ocean‘s readiness to support them.

Moments before she was swept away by the flooding, a Tennessee woman was posted on Facebook

There is good news with this. Although temperatures are warm, they are not expected to get as hot as they were during last year’s record season. Still, NOAA’s midseason update predicted 15 to 18 named storms, with 3-5 major hurricanes. So far we have seen eight named storms in the Atlantic, six of which have made landfall and many other areas of interest continue to appear on a daily basis.

While North Carolina hasn’t seen direct impacts from tropical systems so far this season, keep in mind that hurricane season doesn’t officially end until November 30. It is important to stay aware of the weather and prepare for it.