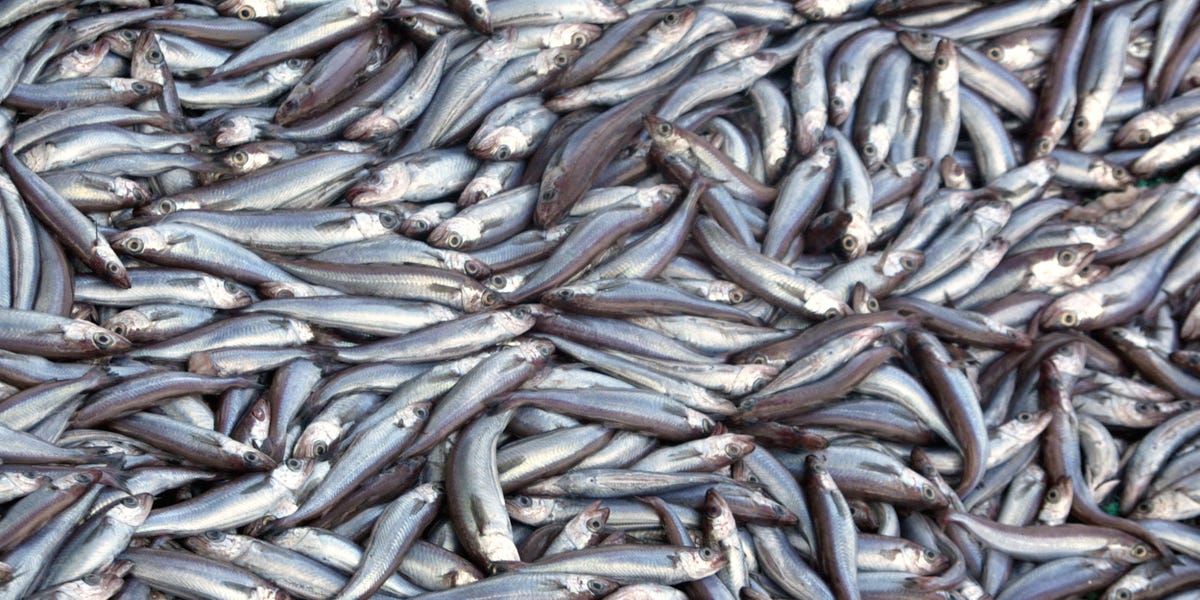 France and the European Commission launched investigations into how a Dutch supertrawler deposited more than 100,000 dead fish in the Atlantic Ocean off the coast of France on Thursday.

The FV Margiris, the second largest fishing vessel in the world, deposited the fish carcasses in the Bay of Biscay early Thursday morning.

Images of the spill show a carpet of dead blue whiting, a cod subspecies used to mass-produce fish fingers, covering an area of ​​more than 32,000 square feet, conservation group Sea Shepherd France said, according to the Washington Post.

In a tweet published on Thursday, the minister said she had ordered France’s national fisheries surveillance authority to open an investigation.

“France defends sustainable fishing and that is not reflected here,” the tweet continues. “If an infringement were to be proven, sanctions would be taken against the responsible shipowner who will be identified.”

The fishing industry group PFA, which represents the owner of the trawler, attributes the spill to a break in the supertrawler’s net, according to a statement.

“This is a very rare occurrence,” the PFA added.

But Sea Shepherd France, which shared the first images of the spill, accused the vessel of intentionally and illegally dumping the fish, The Times reported.

The group said it believed the vessel orchestrated the dumping because it wanted to dump a type of fish it did not want to process – a practice banned under European Union fishing rules.

Trawlers like the Margiris typically use giant nets to catch fish and then process them on board. Environmentalists criticize the practice because they say it depletes fish stocks and damages marine life, according to The Washington Post.

Lamya Essemlali, president of Sea Shepherds France, told Sky News: “It has an impact on the fish population itself but it also has an impact on predators, like dolphins, because the fish that these super trawlers catch are the primary prey of dolphins and sharks. And basically we’re driving dolphins to starvation.”

The Margiris, owned by the Dutch company Parleviliet & Van der Plas and sailing under the Lithuanian flag, was forced to leave Australian waters in 2012 following protests from environmentalists.