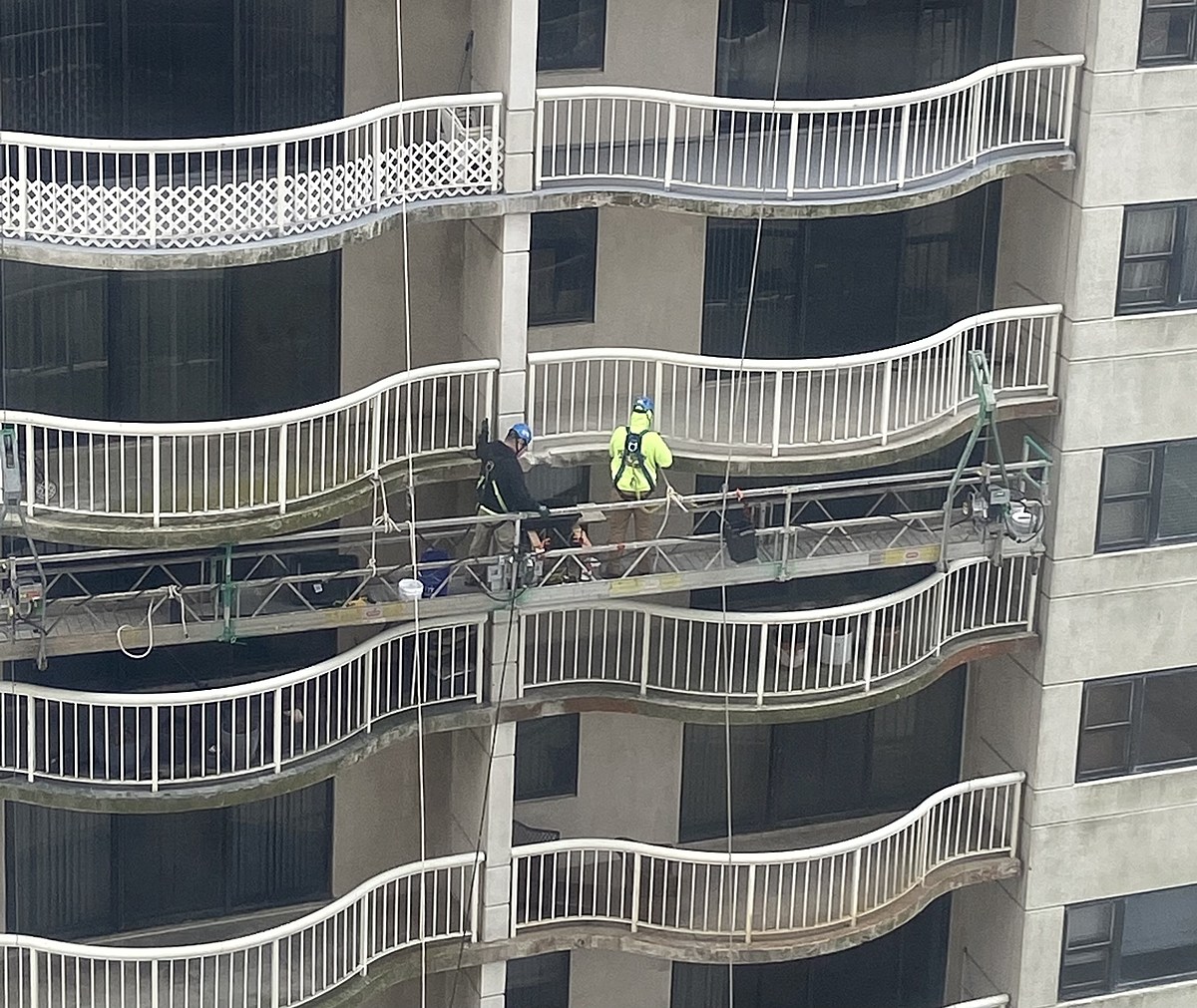 We got a copy of the letter. It reads:

Like most residents who have lived in the building this week know, it’s not Spiderman but an engineer from O&S Engineering that was hanging out of the building.

We would like to thank all the owners for welcoming us to carry out this survey. Several owners have allowed engineers to tether and repel from their balconies to help accomplish this task.

The inspector will compile his data and by May 1 we will receive a list of balconies deemed safe and usable and balconies that will require repairs and will not be available.

We will certainly communicate this to all Owners when we receive and assess the data.

If you missed our previous extensive coverage, here are the links to those reports:

Read more: The Atlantic City Ocean Club balcony doors will be screwed down

Read more: The Ocean Club of Atlantic City will not be closing the balcony doors

In addition, we learned that the inspection of the 1,000 balconies of the two towers was completed.

They are currently studying and developing a plan to fix four balconies that have been identified as needing repair.

“The goal is to repair balconies in need of remediation in the fastest and most efficient way to restore full use to our owners,” according to Laveson’s letter.

Laveson ended his communication by saying, “We have also learned that the City of Atlantic City has resumed granting Certificates of Occupancy on sale and lease units. We greatly appreciate the city working with us on this.