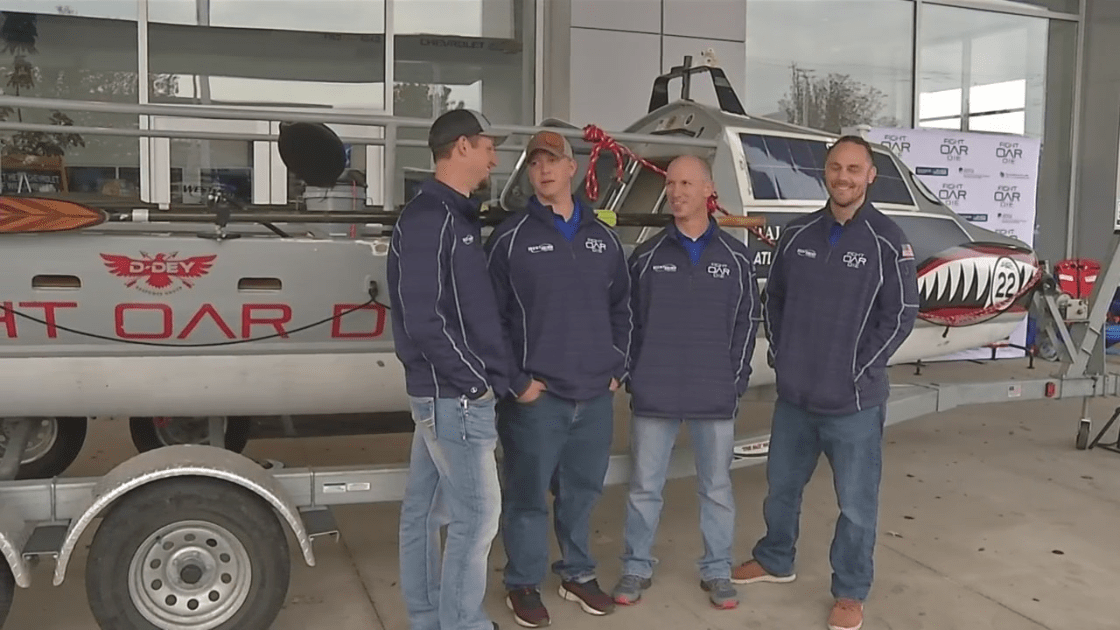 Local serviceman participates in a boat race across the Atlantic Ocean

BUFFALO, NY (WIVB) – A technical sergeant who serves with the 914th Air Reserve Unit in Niagara Falls has assembled a team of comrades who plan to row across the Atlantic Ocean next month to educate veterans on how to prevent the suicide.

Each year, teams of four military veterans compete in the Talisker Whiskey Atlantic Challenge, a race that uses only muscle to propel a small fiberglass boat from Spain across the Atlantic Ocean to Antigua.

â€œThis is the opportunity of a lifetime, so when this guy asked me if we should do this, I was like, ‘This is silly, but I have no reason not to do it, so let’s do it, â€said Will Jansen, a US Air Force veteran.

Miller assembled the first team of Air Force veterans, guys he served with in Iraq but had no rowing experience until a few weeks ago. â€œFour cops in a boat. Nothing can go wrong, â€Miller jokes.

But getting out of their comfort zone is the whole idea. They row for â€œFight Oar Die,â€ an organization that raises awareness about veterans mental health and suicide prevention, according to team member Tommy Hester.

â€œYou never know what’s going to happen. Something could break, something could go wrong, someone could be hurt, but fear is kind of a driving force to overcome all of this and prove that what we are doing is entirely possible, and if we can. do, other veterans can do other equally important and just as extreme things, â€Hester said. “We know what we’re doing is inherently dangerous and we’ve been called crazy everywhere we go, but that’s why we’re doing it.”

â€œThe purpose of what we’re doing for Veteran Suicide Prevention is to show other Veterans you know that life isn’t over just because your military service is over,â€ said Member Nick Rahn of the team.

Although this is their first attempt, the ‘Row Oar Die’ team hopes to break the record for the 50 day race across the Atlantic in their fiberglass boat which is 28 feet in length and five. feet wide.

“So we’re rowing across the Atlantic to raise awareness so that we can show the vets how to live their lives instead of taking them and if we have to row 45-65 days to affect a person, that’s something. that we are prepared to do. “

The race starts on December 12 and their progress will be followed on usvetrow.org

George Richert is an award-winning journalist who first joined the News 4 team in 1998, then returned in 2018. See more of his work here.