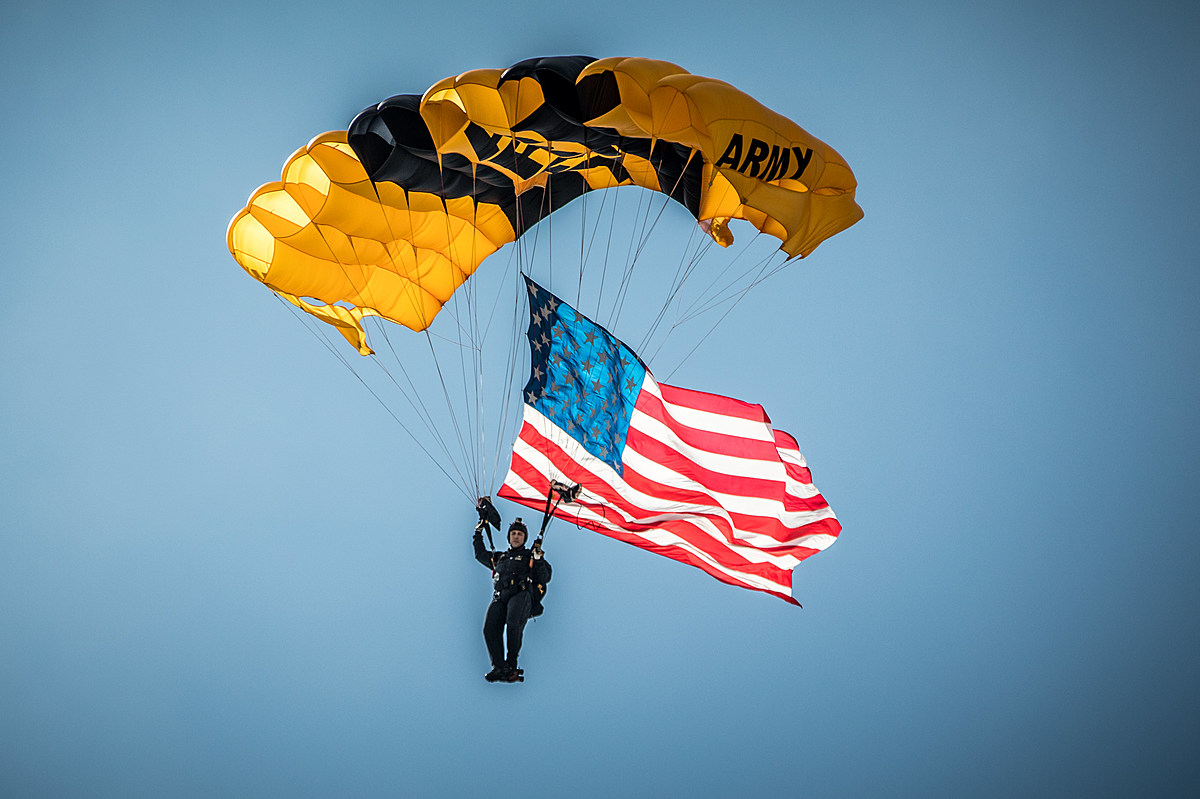 Major Details Regarding the 2022 Atlantic City Airshow and New Sponsor

We can confirm some major details about the upcoming Atlantic City Airshow 2022.

MEET AC is the new title sponsor of the 2022 Atlantic City Airshow.

We can confirm it’s scheduled for Wednesday, August 24, 2022 at The Beachfront and Boardwalk in Atlantic City.

The tentative start time is 11:00 a.m. and there is no rain date. A rain date is basically impossible as the elaborate apparatus and complex lineup is only available for the training day on Tuesday August 23, 2022 and the official air show date the following day.

The Atlantic City Airshow has long been recognized as the largest midweek airshow in America, regularly attracting over 500,000 spectators each year.

“We couldn’t be happier to have Meet AC be the premier sponsor of the Atlantic City Airshow for 2022,” said Michael Chait, president of the Greater Atlantic City Chamber. “It makes so much sense that the city’s ultimate destination management company is partnering with this iconic Atlantic City event.”

Pictured below are the United States Air Force Thunderbirds, which will showcase the elite skills of their pilots, as well as the formidable capabilities of the F-16 Fighting Falcon, the first aircraft air force fighter.

The US Army Parachute Team, better known as The Golden Knights, will take to the skies of Atlantic City. It is a majestic, world-class sight to behold.

Other military and civilian acts will be announced later.

We can also reveal that “flying in Atlantic City for the first time in five years is the US Navy’s F/A-18 Super Hornet ‘Rhino’ East Coast Demonstration Team, which consists of pilots , Weapons Systems Officers (WSOs) and a maintenance crew.. The purpose of the “Rhinos” mission is to share the legacy of naval aviation and show the public the hard work and the dedication of the U.S. Navy. Pilots will fly the F/A-18F Super Hornet, which provides a state-of-the-art, next-generation general-purpose attack combat capability,” Chait said.

“The demonstration flight will fly as close to the ‘edge of the envelope’ as safety permits, while showcasing the mobility, versatility and power of these remarkable fighter aircraft in the maneuvers used during aviation flights. training and combat.
“It’s amazing to have the Navy’s Rhino Demonstration Team participating in the AC Airshow,” Chait said. “As one of nine air shows the ‘Rhinos’ will be attending this year, we are so honored to see them fly in Atlantic City,” Chait said.

The Atlantic City Airshow is a community partnership between the Greater Atlantic City Chamber; Meet AC, Casino Reinvestment Development Authority, City of Atlantic City; the 177th Fighter Wing of the NJ Air National Guard; South Jersey Transport Authority; FAA William J. Hughes Technical Center; Atlantic City International Airport; and David Schultz Airshows, LLC.
The popular Flightline Club at the AC Airshow will return after being closed due to COVID-19 in 2020. The Flightline Club provides privileged viewing at the center point of the show. Tickets for the Flightline Club will go on sale later this spring. All other Atlantic City Beach locations are free and open to the public.