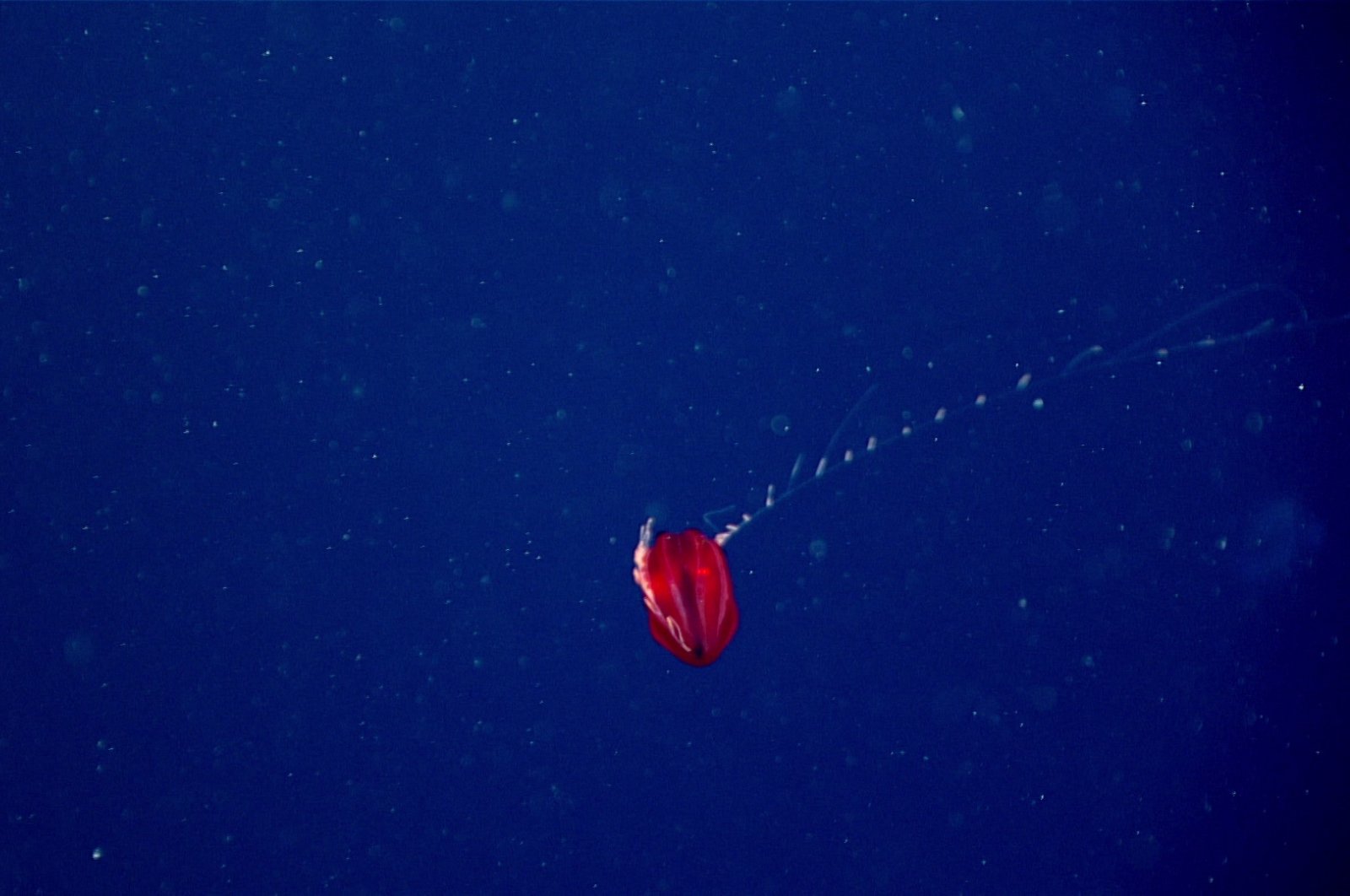 Red jellyfish, other creatures discovered in the Atlantic Ocean

Scientists from the National Oceanic and Atmospheric Administration (NOAA) have made a new discovery in the Atlantic Ocean: a new type of jellyfish found 700 meters (2,300 feet) below sea level. The previously unknown creature and no classified is distinguished by its superb red color.

The red jellyfish is of the Poralia species, which has about thirty tentacles and a fragile structure.

“Other unknown creatures have been discovered”

Besides the red-colored jellyfish, NOAA research has revealed the existence of other underwater animals that have not yet been registered.

These unknown creatures were discovered during the 2021 North Atlantic Stepping Stones Expedition which began on June 30 and ended on July 29. The researchers traveled along the eastern seaboard of the United States, covering hundreds and thousands of feet below sea level.

NOAA researchers used a remotely operated underwater vehicle (ROV) that can be deployed to depths of up to 4 kilometers (2.5 miles).

Mapping the data collected from the 25 planned ROV dives will help scientists better understand the diversity and distribution of deepwater habitat, according to a NOAA statement.

During the expedition, numerous creatures including ctenophores, cnidarians, crustaceans and actinopterygians were observed. In addition to this, new unidentified animal families and potentially new species have been discovered.

“During the dive, along the water column, we observed more than 650 animals, including ctenophores (comb jellies), siphonophores, jellyfish, arrowworms, shrimp, larvae and ‘other types of fish,’ NOAA scientists said.

2021-08-12
Previous Post: The inhabitants of Coimbra will be able to reach the Atlantic Ocean by bicycle
Next Post: Loan consolidation company relieving Americans of payday loan debt amid Covid-19 pandemic