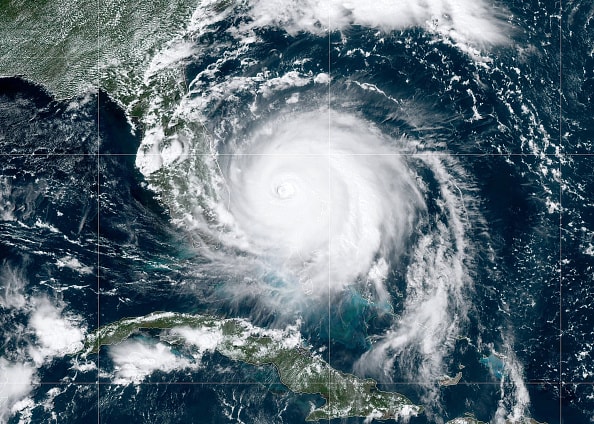 ATLANTIC OCEAN – SEPTEMBER 2: In this image from the NOAA GOES-East satellite document, Hurricane Dorian, now a Cat. 4 moves slowly past Grand Bahama Island September 2, 2019 in the Atlantic Ocean. Dorian moved slowly past the Bahamas, at times as little as 1 mph, triggering massive flooding and 150 mph winds (Photo by NOAA via Getty Images)

Several North Carolina homes are collapsing into the Atlantic Ocean and the video is wild. You can see another video of the disaster here.

On Tuesday, the East Coast experienced some wild weather. According to NBC News, the weather was so bad that two beachfront homes on North Carolina’s Outer Banks collapsed. Strong waves, high tides and high winds knocked the two houses into the Atlantic Ocean.

Alexis Zarycki is your average girl with hopes of leaving an everlasting impact on the world. Follow her on Instagram @official_lexpaige