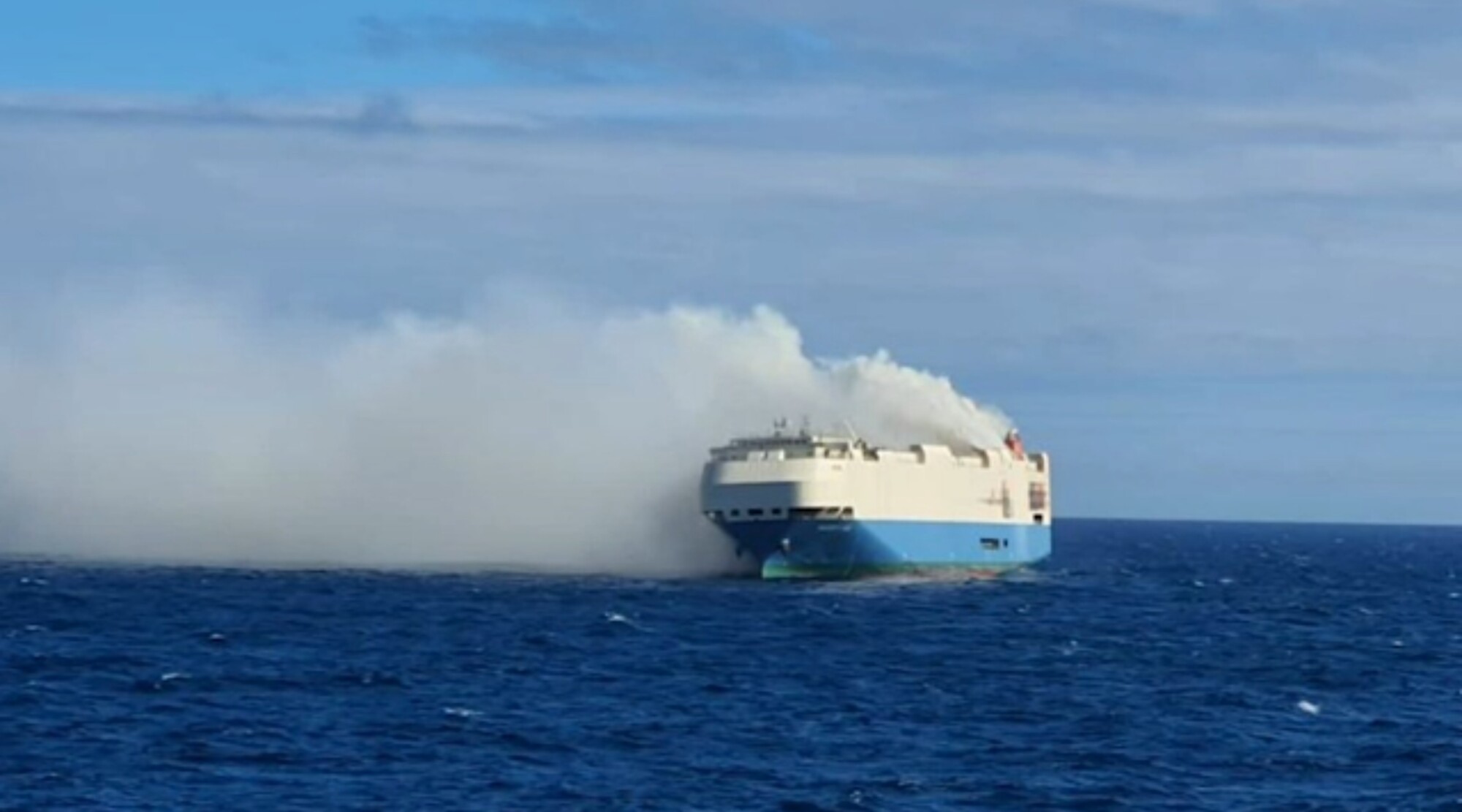 A freighter carrying thousands of vehicles that caught fire near the Azores has sunk in the Atlantic Ocean, officials confirmed on Tuesday.

The Portuguese Navy has confirmed on social media that the Felicity Ace sank approximately 25 nautical miles outside the Azores Economic Zone limit in the Atlantic. The depth of the ocean, according to Navy officials, is about 10,000 feet in this area.

“The weather was pretty tough there,” said Pat Adamson, spokesperson for MOL Ship Management, which operates the vessel, according to Bloomberg News. “And then she sank, which was a surprise.”

After the sinking, the ship left debris and a “small spot of oily waste, which is dispersed by the water jets from the tugboats”, the Portuguese Navy said. The site is currently monitored by Portuguese and European environmental agencies.

The merchant ship, which was heading to the United States from Germany, was carrying around 4,000 cars, including those made by Volkswagen, Porsche, Bentley and others. According to reports, the ship also carried electric vehicles on board.

“Although it is still too early to confirm what happened and the next steps, we, together with our colleagues at Porsche AG, are supporting our customers and dealers as best we can to find solutions,” said Angus Fitton, vice president of Porsche, in reports published in February. “We are in contact with the shipping company and the details of the cars on board are now known.”

Last month, Twitter user Matt Farah, who operates the SmokingTire website, wrote that his Porsche was on the burning ship.

“I just got the call from my dealer. My car is now adrift, possibly on fire, in the middle of the ocean,” he said. tweeted at the time.

A Bentley spokesman told the BBC its cars were also on the beleaguered ship. Officials told Automotive News they believe dozens of Lamborghinis, including Urus SUVs as well as Aventador and Huraca models, were on board the vessel.

“We don’t know the final result yet,” said Automobili Lamborghini America CEO Andrea Baldi. “We are also awaiting official information at this time. We have informed our dealers, and they have informed our customers, because whatever happens, there will be a delay anyway.

The Aventador model, worth hundreds of thousands of dollars each, is sold out and nearing the end of production, the site noted.

“The car is sold out, so there is always a chance out of 563 units that a cancellation could allow for an Aventador replacement, but I prefer to hope for now that at least the few Aventadors on the ship will be safe,” Baldi tells Automotive News.

The cause of Felicity Ace’s fire remains unclear.

From The Epoch Times