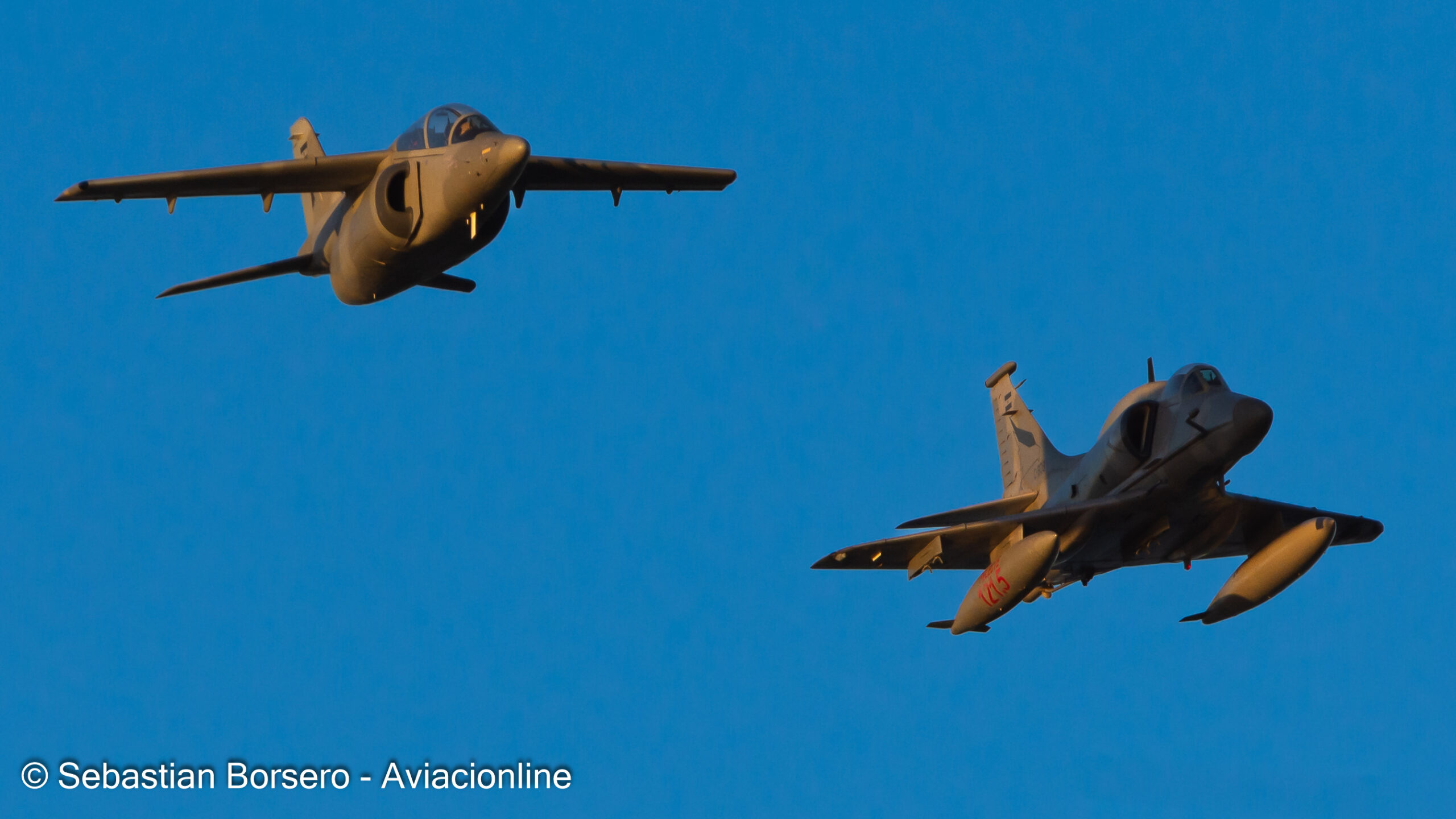 Between May 28 and June 1, Argentine Air Force aircraft were deployed to the city of Río Gallegos to continue training their pilots as part of Exercise Soberanía (Sovereignty) 2022. The exercises were carried out by Pampa III aircraft of the VI Brigade of Tandil (Province of Buenos Aires) and A4-AR units of the V Brigade of Reynolds (Province of San Luis).

For this operation, the Argentine Air Force mobilized personnel from both brigades, using the C-130 Hercules and the newly incorporated Boeing 737-700 (T-99).

The plane’s arrival began on Saturday afternoon, being the first to arrive Reynolds’ A-4AR, after a stopover in the town of Comodoro Rivadavia. Then the Hercules and the Boeing 737 arrived with the transfer of technical personnel and the rest of the crews to provide support. The Pampa plane arrived in Río Gallegos on May 29 in the afternoon.

The drills consisted of air combat practice over the Patagonian skies and a simulation of an attack on the air base’s radar while it was defended by artillery pieces. In addition, the pilots conducted navigation sorties in Rio Grande on the implementation of the RPA-170M radar in Cabo Domingo.

The city witnessed these practices and Aviacionline was able to record these maneuvers for the first time, experiencing in first person the characteristic southerly wind and its intense cold, which in this particular year makes it possible to remember exactly how the missions in the Falklands were experienced 40 years ago. .

The visit of the Falcons of the V Brigade always includes the traditional simulation of the attack on Marjory Glen, in Punta Loyola. This ship is a testimony and a historical monument of those days before the conflict on the Malvinas Islands, since the Argentine pilots carried out their bombing practices in preparation for the missions they would carry out later.

This chronicle seeks to convey in images and in a few more days in video on our YouTube channel this deployment in the south of our country and invites you to remember, 40 years after the war in the Malvinas Islands, the bravery and the heroism of the pilots and all personnel involved in this conflict so that their actions will not be forgotten and to keep their legacy in mind for the generations of airmen who continue to be trained day after day.