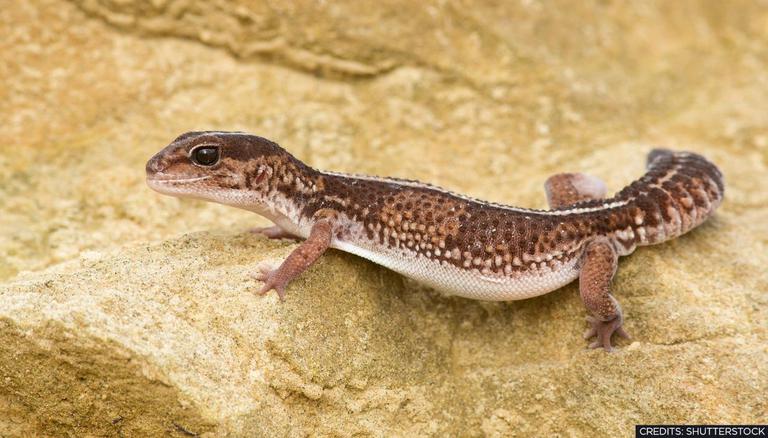 The African gecko took a transcontinental journey across the Atlantic Ocean centuries ago: study

An African domestic gecko, Hemidactylus Mabouia, is likely to be seen crawling on the side of a house in Florida or somewhere in Central or South America closer to the equator. The African domestic gecko is a small brown gecko that has spread throughout the Western Hemisphere. However, the gecko is native to southern Africa, especially Zimbabwe, Mozambique and the surrounding territories. So how did he get to Florida after crossing an ocean?

Researchers pieced together the evolutionary history of H. Mabouia in a report published Wednesday in the Royal Society Open Science, finding it to be a diverse assemblage of closely related species with up to 20 lineages across the ‘Africa. They demonstrate that a single line, Hemidactylus Mabouia Sensu Stricto, was able to spread effectively in Central and West Africa as well as in America.

The study also provides a new technique to verify an old theory: that African domestic geckos hid on slave ships in the Atlantic. It is believed that the Aedes aegypti mosquito and many species of earthworms were introduced to the Americas from Africa via the slave trade, and new research demonstrates the ecological repercussions of the slave trade in addition to the human toll .

Although much larger than a mosquito or an earthworm, African domestic geckos are great stowaways. According to Ishan Agarwal, a herpetologist and one of the authors of the new article, the small lizards reside in cracks and can go long periods without food. A single stowaway gecko with a stomach full of eggs can create a new population of geckos in a new location without attracting attention.

Aaron Bauer, herpetologist at Villanova University and co-author of the article, said: “People never really looked at them.” Many herpetologists believe that geckos are a “trash” species, which means unattractive and similar to a weed. Dr Bauer had initially considered reconstructing the evolutionary history of the African domestic gecko some ten years ago. Dr Bauer was also aware of two publications from the 1960s that suggested a relationship between the gecko and the transatlantic slave trade. Researchers didn’t have the technology to test the notion at the time, but Dr Bauer could in the 2010s.

Despite this diversity, only one species, H Mabouia Sensu Stricto, has succeeded in colonizing the Americas. The ranges of all other H Mabouia geckos are limited. This raises the question of whether Sensu Stricto has any unique characteristics that contribute to the invasion, or if it was simply a matter of luck, according to Sarah Rocha, a postdoctoral researcher at the University of Vigo in Spain who has no participated in the study.

Some theories have been proposed by the authors. Unlike forest-related geckos, H Mabouia Sensu Stricto is most commonly found in open areas of African countries, such as glades and human villages.

The authors stress that their DNA research does not rule out the possibility that reptiles rafted the Atlantic a thousand years ago in a different way.

But, according to Christian Kull, a geographer at the University of Lausanne in Switzerland who has examined flora imported by African slaves, there is rarely “smoking” evidence in this type of research, such as the mention of a gecko in a logbook. He did not participate in the study, but he believes that a gecko stowing on board ships is more likely than a “floating on a raft of water hyacinth carried by the Congo River across the Atlantic. “.

The African domestic gecko is a commensal species, which means it benefits from being close to humans. It lives near our structures and searches for insects using artificial lighting as a signal. As a result, a gecko on board a ship would not be uncommon, according to Dr. Kull. It’s not necessarily the gecko’s fault, according to Dr. Kull, that he has become so adept at living all over the planet. Geckos, rats, and cockroaches are examples of commensal creatures that are best viewed as passengers rather than invaders.