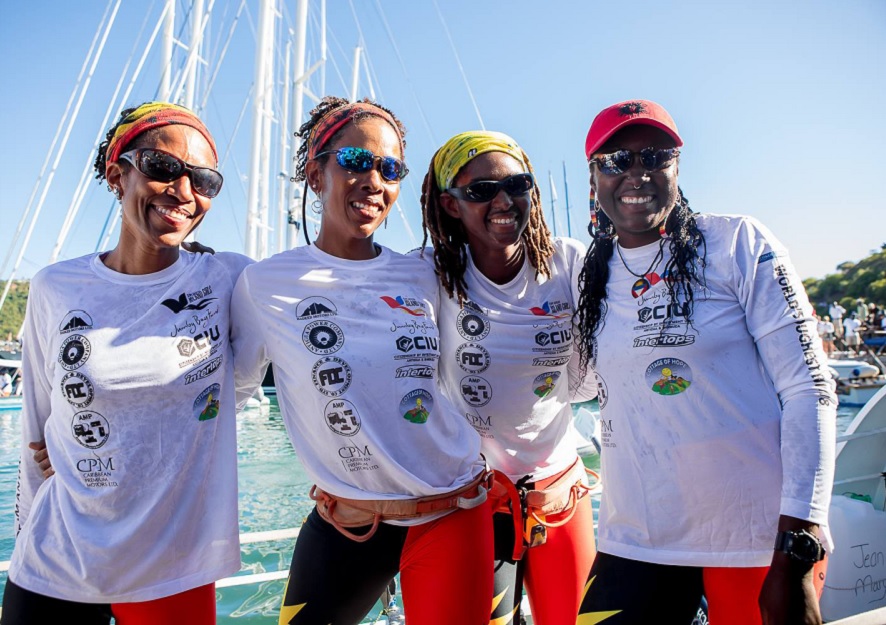 The Antigua Island Girls team made history in January 2019 when they became the first all-female team to compete in the Talisker Whiskey Atlantic Challenge as well as the first all-black female team from the Caribbean to cross the Atlantic Ocean at the row.

Nearly three years after this historic feat, the quartet announced on Monday that they will be heading back to the high seas. This time around, the pioneering and adventurous women’s team from Antigua and Barbuda will row across the Pacific Ocean, the largest ocean in the world.

According to Antigua Observer, the women – Christal Clashing, Elvira Bell, Kevinia Francis and Samara Emmanuel – will be among the 20 teams that will participate in the first edition of the Pacific Challenge. The competition, organized by the same team behind the Talisker Whiskey Atlantic Challenge, is due to start on June 12, 2023.

Participating teams will depart from the historic port of Monterey in California and row to Nawiliwili Bay in Hawaii. The rowers will cover 2,800 nautical miles during the trip.

“We knew we wanted to do another adventure individually and collectively. We are adventurous, but more than that, stepping out of our comfort zone and inspiring others, especially women and girls, has been a great achievement for us and is something we want to continue doing,” said Francis said of their decision to sign up for the grueling challenge.

“So we decided on a call to action to combine our adventurous spirit to keep doing good and inspiring others. isn’t produced but 13th out of 28 guests was a great accomplishment, but deep down we’re not just adventurers, we’re competitors. So when Atlantic Campaigns told us about this new Pacific Challenge, we wondered why not.

The foursome will need approximately $129,000 to participate in the challenge, and fundraising activities are expected to begin shortly. The funds will cover entrance fees as well as the purchase of a boat and their trip to California.

The ladies also said they have already begun physical and mental training and their aim is to break the fastest female record currently held by Ocean Sheroes. The record holders rowed across the Pacific Ocean in 35 days, 17 hours and 32 minutes, by Antigua Observer. All crew sizes have an average crossing time of 62 days.

“Mentally, I think that’s where the biggest challenge lies. We work as a team and we’re just going to rely on each other’s strengths,” Emmanuel said.

And just like in 2018, the foursome will be rowing for a charitable cause by raising money for their non-profit organization, Team Island Girls.

“In 2018, before we even put on our oars to cross the Atlantic from La Gomera, we agreed to create our own non-profit organization, Team Island Girls, to allow us to continue raising funds and raising awareness in the communities. underserved areas of Antigua and Barbuda,” the team said in a press release.

“Funds raised through our Pacific Ocean campaign will go to a project to help girls in conflict with the law.”