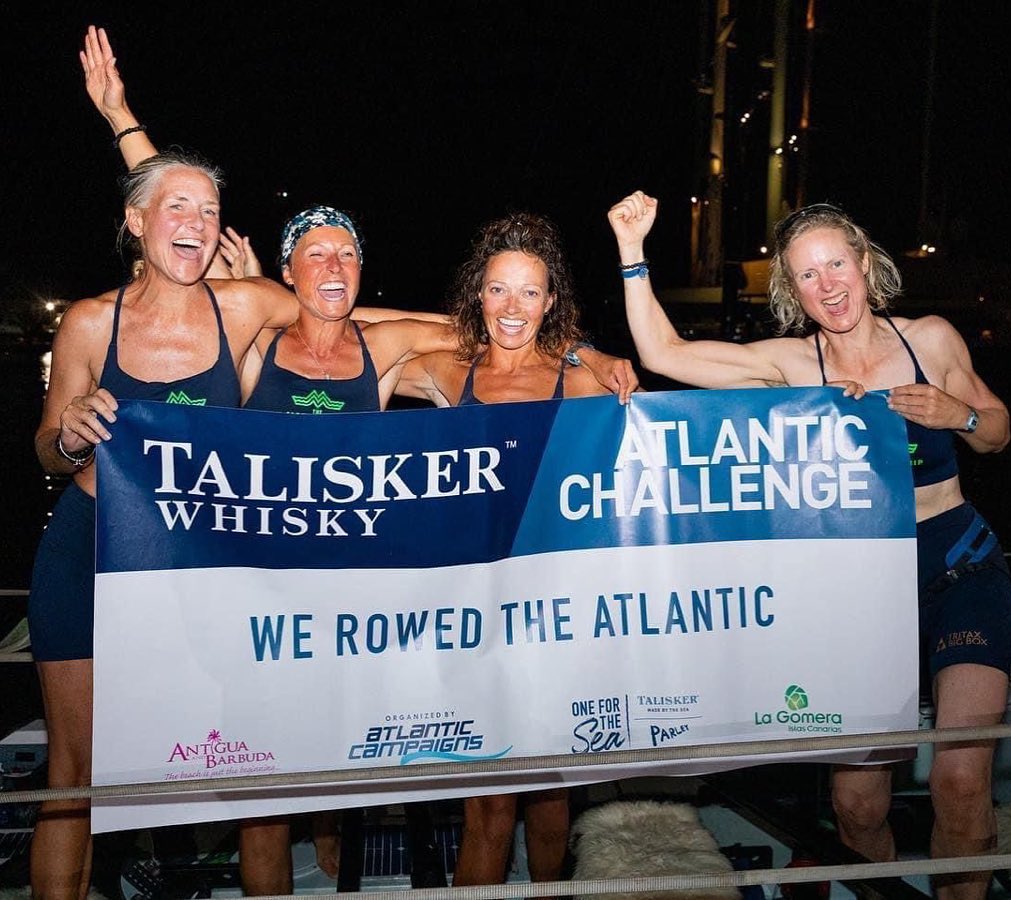 Four mums have completed their 3,000 mile journey across the Atlantic Ocean after 40 days at sea.

On December 12, the Mothership departed La Gomera in the Canary Islands and flew to Nelsons Dockyard in the Caribbean.

On January 22, the moms arrived in the Caribbean after a brutal 40 days, 11 hours and 25 minutes.

The crew consisted of Pippa Edwards and Felicity Ashley from Monmouthshire, Wales.

They were joined by Jo Blackshaw and Lebby Eyres – two rowers who competed in the Oxford University Boat Race.

Edwards, Ashley and company. set out to inspire their 11 children that they can do absolutely anything they want.

On social media they said:

“We did it!!! We broke into English Harbor in 40 days, 11 hours and 25 minutes yesterday. And when – at sunset. We had a dramatic argument along the island in waves and golden light before we headed to the harbor at dusk. We have never seen anything so beautiful. The headwind was strong but we sprinted to the line and managed to set off the flares without incident!

“I loved rowing past a restaurant that played ‘We Are the Champions’ for us. Tingling.

“But the best part, of course, was seeing our wonderful children and husbands and hearing them scream for us. Everyone was in tears and later the little ones fell asleep in mom’s arms. It couldn’t have been more perfect. Now we are staggering and can barely walk and adjusting to life on dry land.

“But before moving on to the next phase (we will continue to update you on our recovery!) a word about our race. We didn’t write much about @oneoceancrew during the race – we can’t reveal trade secrets. But nevertheless, unsurprisingly, they were front and center in our thoughts.

“We had no intention of winning the trophy because we didn’t really know what we were capable of. But once the dust settled in the first few days and we realized we were in with a shout, we did our best. This involved following the OOC over two weeks, slowly pegging them back before breaking through December 27th. From there we established a 15 NM lead which they reduced over time until a few days ago on beautiful days of fast seas and wild winds. Three times we went ahead, but eventually they found another gear and moved on. We dug deep but couldn’t match them.

“We want to say congratulations and what an honor and privilege it has been to race with such a great crew of women. They are the winners and so is women’s rowing. To be neck and neck for over 2500NM is just amazing. What a race for the Dot Watchers and what a publicity for the all-female crews. We’re both now in a small group – I think about 120 – of women who have rowed an ocean in an all-female crew. We can’t under- estimate our success. Ladies, we salute you. Now, how about that drink?

“Job accomplished! After 2 years and 3000 miles, the Mothership arrived in Nelson’s Dockyard last night after 40 days 11 hours and 25 minutes. What a journey and a huge ‘thank you’ to everyone who has been with them along the way . »