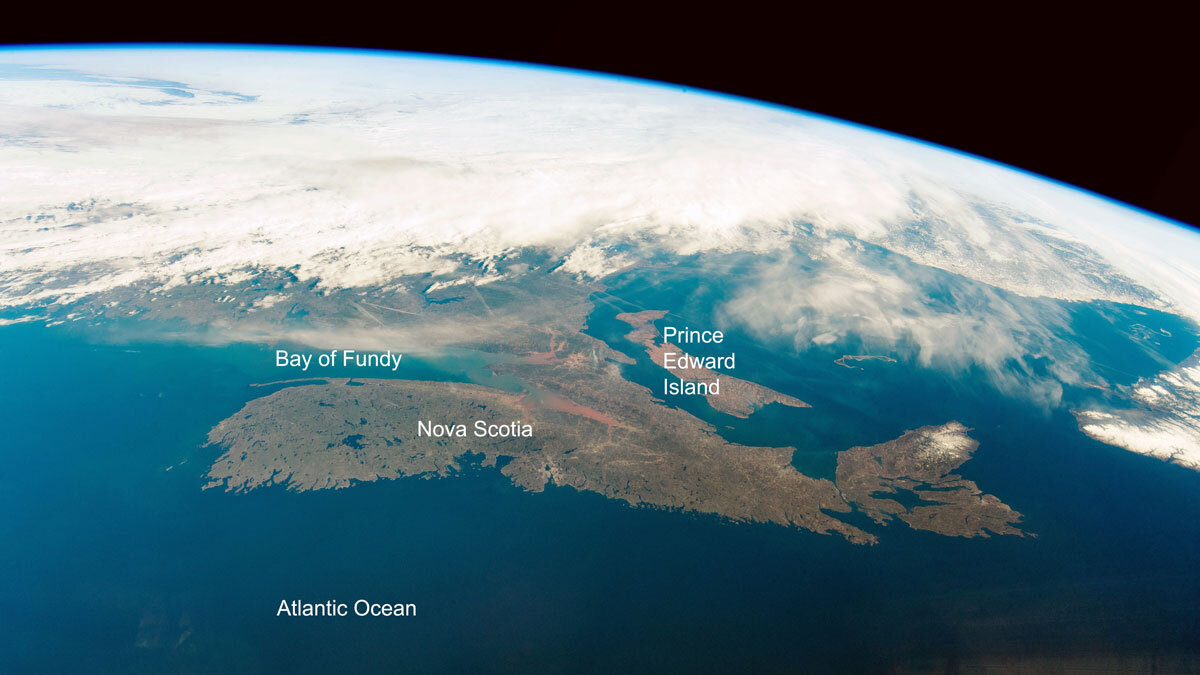 The role of magma in the birth of the Atlantic Ocean

The Atlantic Ocean was born around 200 million years ago when the supercontinent Pangea began to break up. As continental crust stretched and fractured, oceanic crust took its place. To study this rifting process, scientists can analyze the structure of the current North American margin, where North America and the Atlantic Ocean meet. The composition of the crust and upper mantle provides clues to the geological processes that accompanied continental break-up.

One activity that may be important in this process is magmatism. For example, the portion of the eastern North American margin associated with the eastern United States has thick sections of igneous rock that classify it as magma-rich. However, there are also magma-poor parts of the margin off Nova Scotia and Newfoundland. Using an advanced data analysis approach, Jian et al. developed a high-resolution seismic model to study the magma-poor margin of Nova Scotia.

The team used a technique known as full-wave inversion to analyze seismic waves captured by 78 ocean floor seismometers in response to pulses from an array of air guns. By including all the information in the seismic waveforms, the researchers produced a high-resolution velocity model that was used to produce a detailed picture showing how the seismic waves were reflected at different positions and depths.

Based on this data, Jian and his colleagues identified distinct domains across the margin, representing stages of rift formation. They discovered features suggesting that a magmatic event accompanied the final continental break-up at the Nova Scotia margin. This event forms a boundary between thinned continental crust and oceanic crust.

These results provide a new picture of what happened in an area off northeast Nova Scotia that was thought to be amagmatic. The results support evidence for a role for magmatism in continental breakup at magma-poor margins elsewhere as well.

This story is republished courtesy of Eos, hosted by the American Geophysical Union. Read the original story here.

This document is subject to copyright. Except for fair use for purposes of private study or research, no part may be reproduced without written permission. The content is provided for information only.