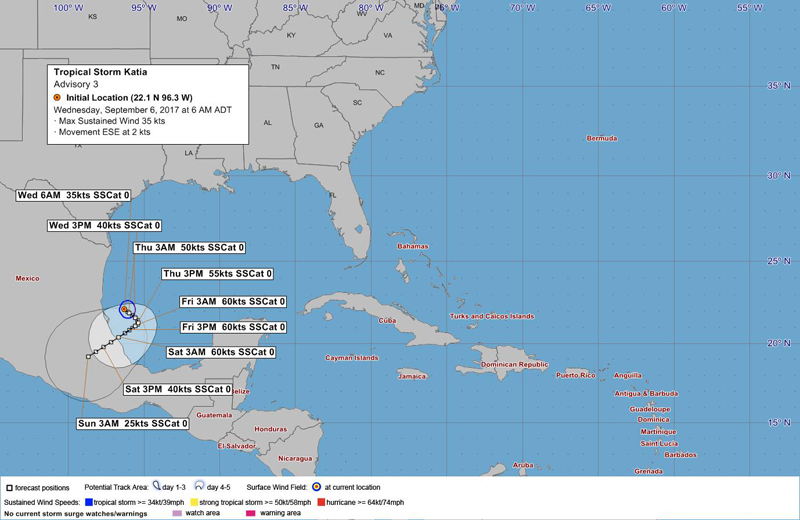 As everyone watches the powerful Category 5 Hurricane Irma, another named storm has formed in the Atlantic, becoming the third active storm in the region and the 11th named storm of the 2017 Atlantic hurricane season. .

The latest to form, Tropical Storm Katia, “is not a threat to Bermuda at the moment”, according to the Bermuda Weather Service [BWS] said today.

Its closest point of approach to Bermuda within 72 hours is expected to be 1759 nm southwest at 8 a.m. on Thursday, September 7, with the BWS noting that “this system may approach Bermuda after this period. “.

Graphic showing the position of the three, courtesy of the NHC

None of the storms are considered a threat to Bermuda at this time, but other areas are not as lucky with Hurricane Irma heading towards them with maximum sustained winds near 185 mph . [295 km/h] with higher gusts.

Bermuda National Security Minister Wayne Caines has previously urged residents to remain vigilant in their storm preparedness and noted that the Emergency Measures Organization [EMO] closely monitors all weather activity in the Atlantic. 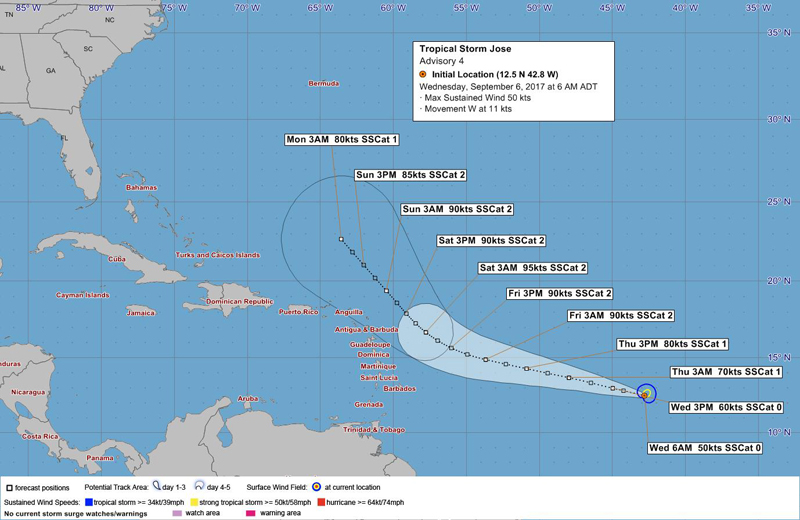 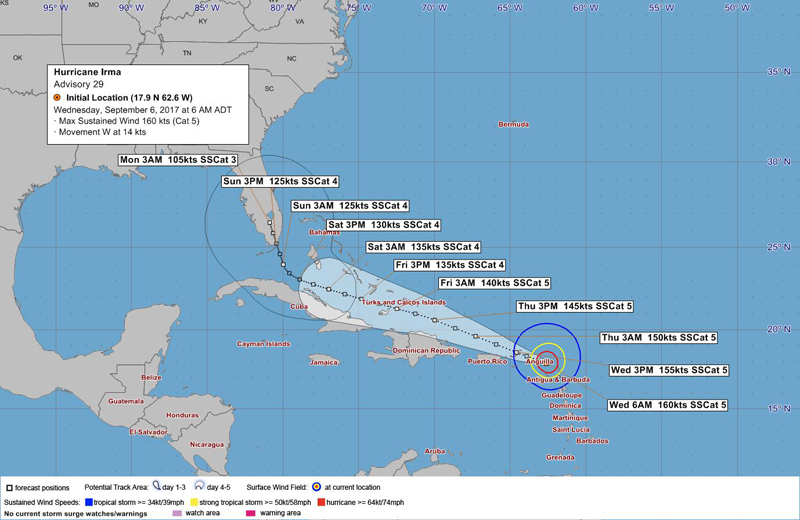