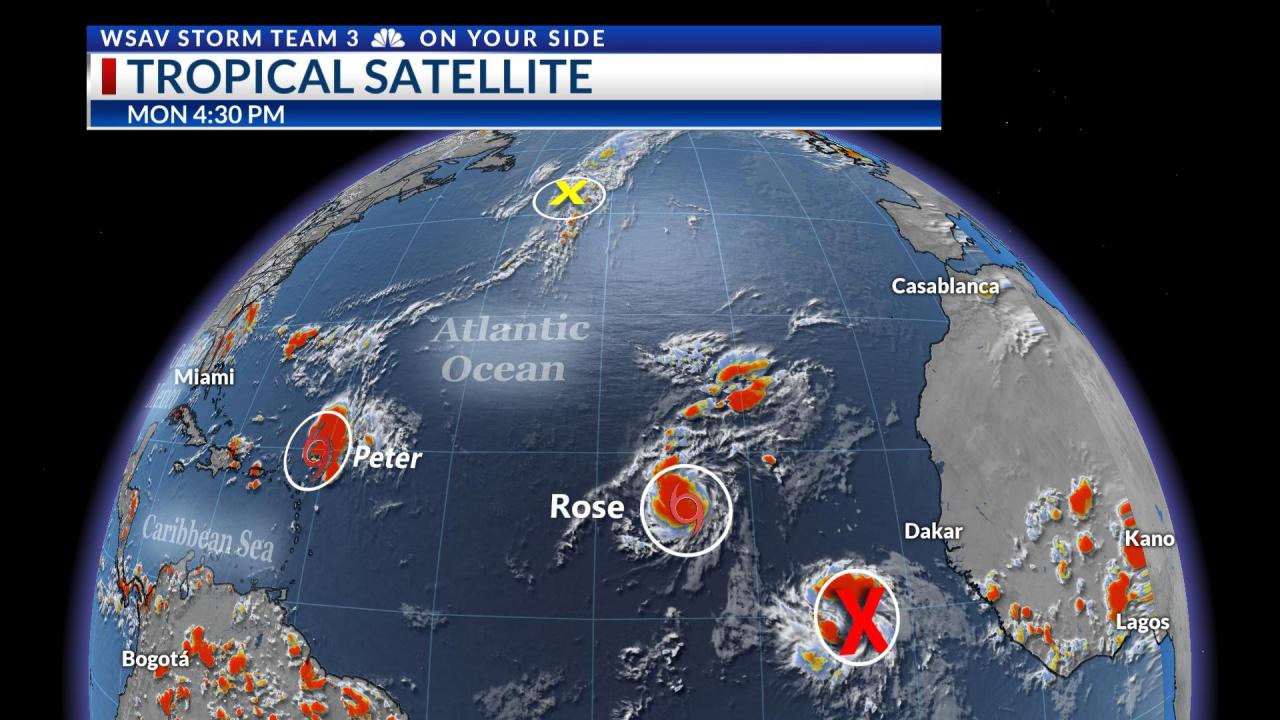 Tracking the tropics: TS Peter & Rose remain low in the Atlantic Ocean; no threat to the American coast

SAVANNAH, Georgia (WSAV) – The tropics are warming as we now have our 16th and 17th named storms of the 2021 hurricane season and another system could develop near Africa.

Tropical Storm Peter formed early Sunday morning after organizing from a tropical depression. At 5 p.m. on Monday, Peter experienced a 50 mph wind and gusts of up to 65 mph. Over the next few days, this storm will unfold in an environment that will support a slow strengthening.

By mid-week, a little dry air before the storm will keep it from strengthening more than a minimal tropical storm.

The five-day forecast indicates that it will turn north before closing in on the United States, although that does mean it could become a concern for Bermuda at the end of next week.

Located near the islands of Cabo Verde is our next tropical storm. This system turned into a tropical depression early on Sunday and became more organized and a bit stronger throughout the day.

The environmental conditions in which this storm will find itself will gradually become more conducive to further development. Tropical Storm Rose is expected to move north-northwest and gradually weaken due to the dry air. So far, this system poses no threat to the land.

There have now been seventeen named storms in the 2021 Atlantic hurricane season. If the tropical wave that is about to move away from African shores develops further, it will be named Sam .