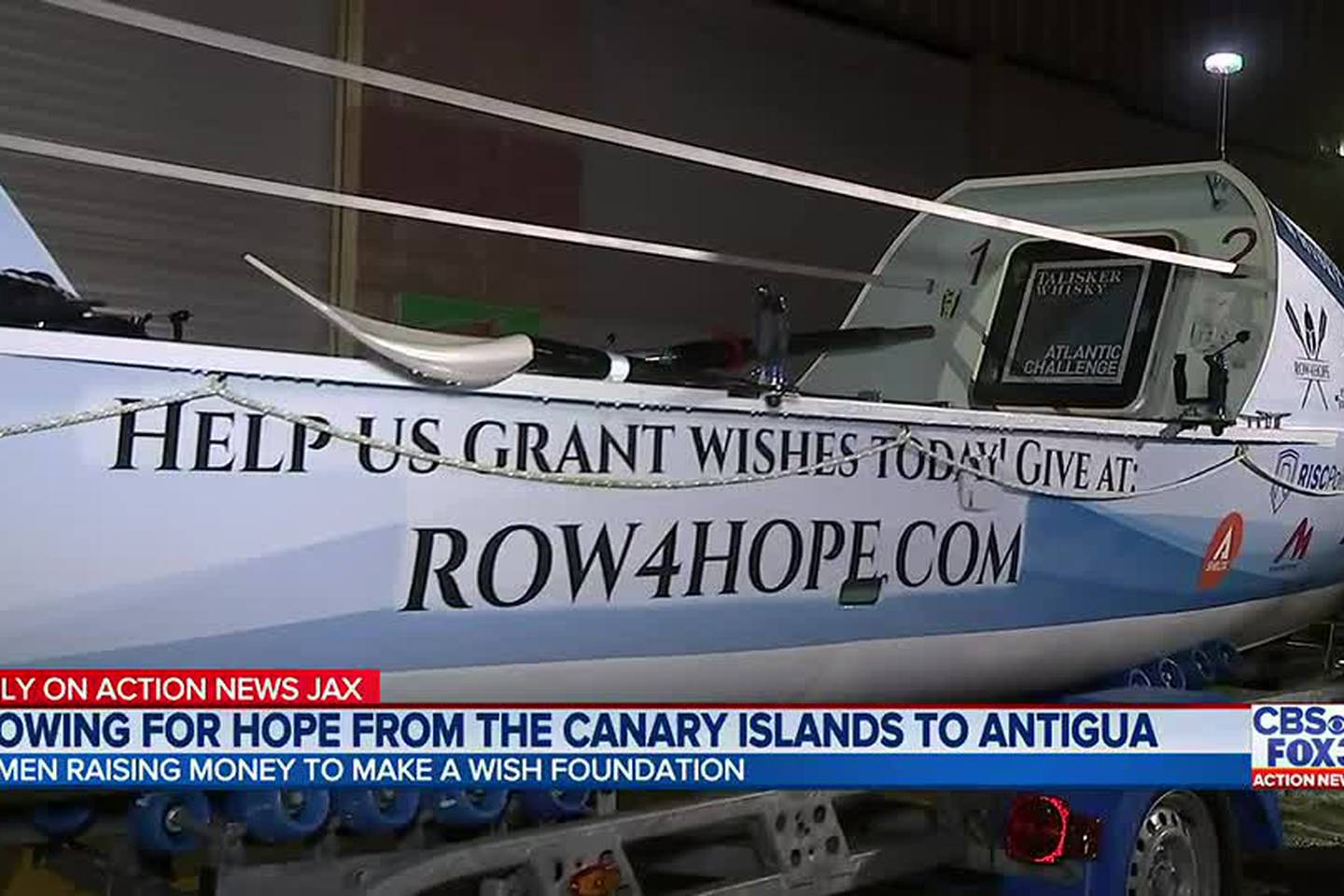 JACKSONVILLE, Fla – Two men will attempt a grueling, frightening and even dangerous journey across the Atlantic Ocean in a rowboat.

â€œAt first I thought it was crazy, but then it took hold of me,â€ Odom explains.

This is called the Talisker Whiskey Atlantic Challenge. And many might still call him crazy.

The couple cross the Atlantic Ocean on a boat without sail or motor. He is only fueled by the strength and endurance of Steinlin and Odom.

â€œWe expect that, if we do our job right, we will reach the finish line between 40 and 50 days,â€ says Odom.

The men will spend more than a month at sea without stopovers or supplies. Training for something like this, as you can imagine, is no small feat.

Especially since they both didn’t even know how to row before that.

Steinlin says, â€œWe purposely exposed ourselves to as much and as bad as we could, but it’s another story to row 40 days on the ocean, obviously we can’t train for that.

They spent 130 hours training in the Atlantic off St. Augustine to prepare.

So why go through all of this, especially with no cash prizes at the end? For them, it’s more than a simple challenge: they row to give hope to children who are battling cancer.

â€œA lot of these kids don’t have a choice. They are suffering from serious illnesses and we have met some of the children. Sophia is one of them, she is so strong. She is so persistent and against all odds she is making incredible progress.

Their goal is to raise $ 50,000 for the Make-A-Wish Foundation of Northeast Florida. One goal, they say, will make the grueling hours of sacrifice worth it in the end.

The challenge starts on December 12th and they have already raised $ 10,000 for the foundation. To learn more about their journey, visit row4hope.com.