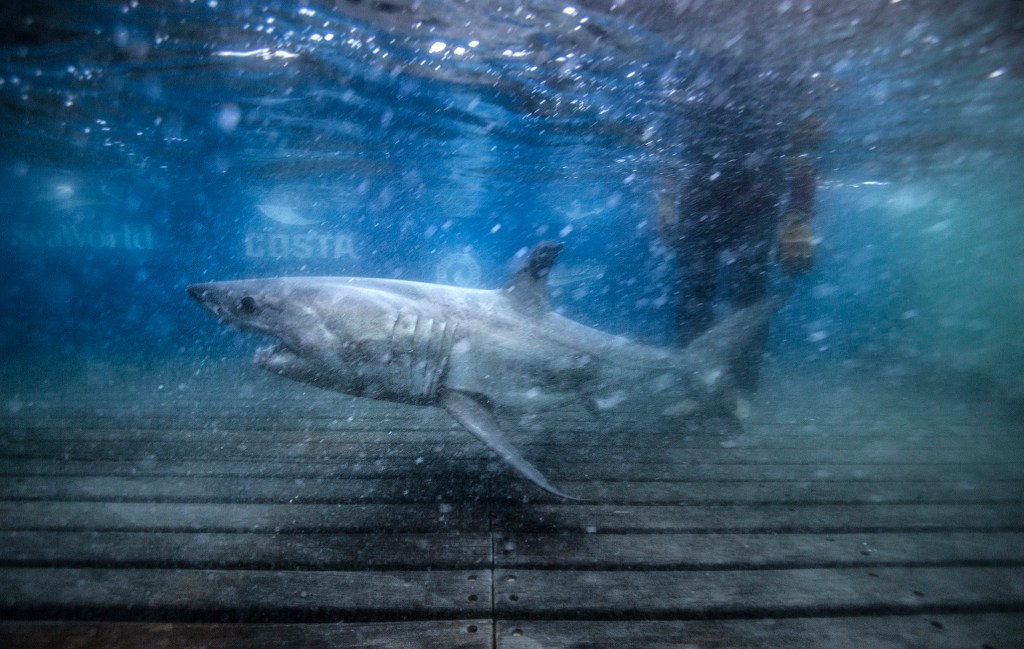 Where do great white sharks mate in the Atlantic Ocean? Shark researchers are working to confirm the mating site

Top white shark researchers hope to solve the most elusive piece of the western North Atlantic white shark puzzle: when and where they mate.

OCEARCH shark scientists have a pretty good hunch that the white shark mating site is off the Carolinas, and they’re looking to confirm it in the coming month while researching there.

From shark tracking data from OCEARCH, it is clear that the waters off the southeast are a site for white sharks during the winter. The researchers tracked mature male and female sharks congregating off the Carolinas during the winter before the females headed offshore to eventually conceive.

“The OCEARCH team is excited to return to the Carolinas, as we near the end of our journey to complete our understanding of the white shark in the western North Atlantic, from birth to old age,” said Bob Hueter, chief scientist of OCEARCH.

“A final critical piece of the puzzle – when and where these sharks mate – is within our grasp,” he added. “All of our science points to the area off the Carolinas in late winter as where adult females and males come together to mate, so that’s where we’re headed. With some nice time and luck, we will discover the remaining piece of the puzzle.

OCEARCH’s Expedition Carolinas will depart Charleston, South Carolina on Friday before a final scheduled docking in Savannah, Georgia on March 24.

The Western North Atlantic white shark study includes a comprehensive health assessment of each shark, microbiological studies, movement, temperature and depth studies through the use of three different tags , and more.

Researchers will take blood samples to measure the levels of reproductive hormones from these sharks. Additionally, they will evaluate ultrasound images of the ovary and testicles and semen samples. These diagnostic samples and images will help determine if adult sharks in the Carolinas region are reproductively active.

“As we complete the puzzle of the life history of the western North Atlantic white shark, the challenge on the water becomes even greater,” said Chris Fischer, Founder and Expedition Leader from OCEARCH. “Our scientists now only need mature animals out of the southeastern United States during the months of March and April. This is to solidify and determine exactly where and when white sharks mate.

“If we are able to do this, it will be the first time in history that a white shark mating site will be identified,” he added. “This location will be crucial to monitor in the future as we continue to benefit from our slow and steady recovery of the white shark population off the east coast and Atlantic Canada, which will ultimately ensure that our rear -grandchildren see a thriving ocean system full of fish.

Great white shark researchers recently learned that baby white sharks spend the winter months off the Carolinas around the Outer Banks. Scientists tagged baby sharks in northeast waters during the summer months and tracked the babies off the coasts of North Carolina and South Carolina during the winter.

2022-02-28
Previous Post: The first plane to fly across the Atlantic Ocean
Next Post: Payday Loans Statistics | The bank rate